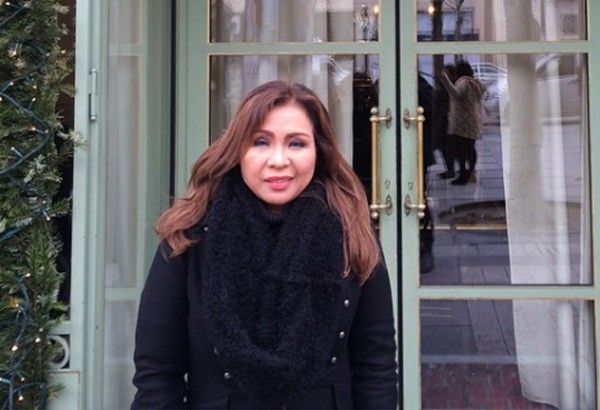 In a report by ABS-CBN, the OPM icon’s death was confirmed by her son Gigo.

“She died from cardiac arrest, believed to be a result of her stress and anxiety. My mom has anxiety, hypertension and diabetes and her tendency to worry, to stress a lot led her to weaken and in her sleep, her heart gave up,” Gigo said.

Gigo added that Claire was admitted in the hospital after testing positive for COVID-19.

“I myself am COVID-positive but showing no symptoms that’s why I cannot be beside her. She was supposed to turn 64 this year,” he said.

Gigo also shared in the interview the last days of her mom.

“Yesterday, she was fine, I got to speak to her. Got to argue with her one last time, because she gave me the wrong address and she didn’t tell me she was transferred to another hospital. She made me order food for her,” he said.

“All the while, she kept worrying about me and my symptoms. I told her not to worry about me because she’s the one who needs, who is more at risk,” he added.

Claire rose to fame in the late 1970s with her jukebox hit "Sayang."

Apart from being the "Karen Carpenter of the Philippines," she was given the moniker "Asia's Sweetest Voice." Her first album was recorded in 1977 and became the biggest seller that time.

Apart from "Sayang," she was also known for hits like "Minsan-Minsan" and "Nakaw na Pag-ibig."

Recently, Claire defended her son Gregorio de Guzman after being dragged into the controversial case of flight attendant Christine Dacera.