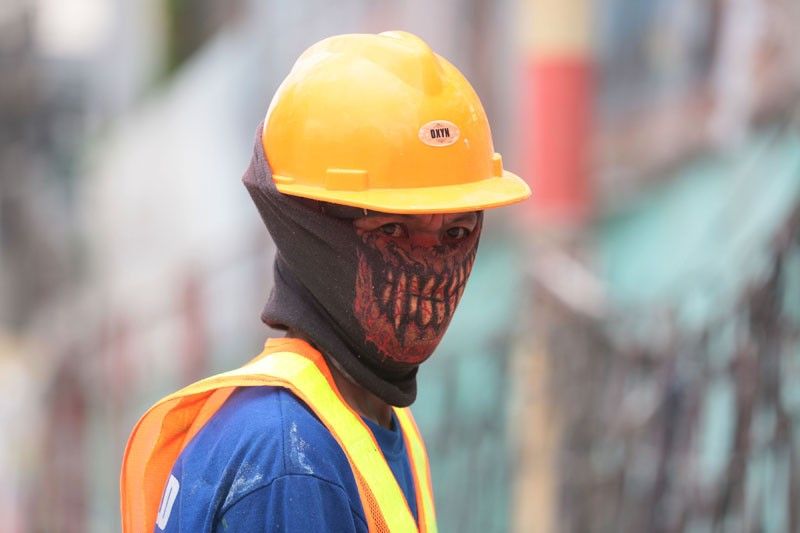 MANILA, Philippines — Fewer Filipinos were unemployed in March than a month ago, but some of those likely relegated back to joblessness last month when lockdowns returned and businesses shut down anew in key urban areas.

The harsh reality underscores the calamitous impact of pandemic restrictions in livelihood as well as the fragility of an ongoing bid to snatch back jobs lost at the height of the health crisis last year.

In March, 3.44 million people were unemployed or out of business, down from 4.19 million in February, the Philippine Statistics Authority reported on Thursday. That translated to a jobless rate of 7.1% from 8.8% previously-- the lowest in pandemic time.

On one hand, that the unemployment rate declined in the face of more people looking for jobs signals some work are available out there for searchers. Over a million people were added to the labor force aged 15 years and up last month, equivalent to 65% of adult population, the largest since April 2014.

On the other hand however, the quality of work available has deteriorated, and many Filipinos are forced to work less hours or secure part-time jobs to augment incomes. The closest measure of this was the underemployment rate, which despite sliding to 16.2% in March from 18.2% in February, have stayed above pre-pandemic levels.

Economic managers, composed of the finance and budget departments as well as the National Economic and Development Authority, were quick to claim credit for the better job numbers, while acknowledging that the enhanced community quarantine (ECQ) in April likely prompted a “temporary reversal of these employment gains.” They said 2.2 million jobs were regained in a month's time.

Their former colleague in the team, Ernesto Pernia, suggested the setback may be felt not only in April but also this month when Metro Manila, Bulacan, Rizal, Laguna and Cavite stayed under modified ECQ that bans some establishments to reopen.

Regardless, more work is obviously needed to ensure jobs are not lost as quarantine rules change. Better yet, Leonardo Lanzona, labor economist at Ateneo de Manila University, said broad lockdowns should be entirely avoided in the future. “While maintaining the health protocols, creating jobs for people laid off by the pandemic should be the priority,” he said in a text message.

Construction adds jobs, but not of quality

In March, data showed construction topped the list of sectors that increased workers with 846,000 more people getting employed. That said, the same sector was also home to 760,000 underemployed individuals, meaning that while the industry does provide jobs, the type of work is not satisfying personal living needs.

It puts into question, therefore, a government strategy that prioritized spending on hard infrastructure such as roads, bridges and rails, while hesitating to allocate more funding for direct subsidies to pandemic-battered workers. Even if job gains are highlighted on this front as well, Mapa said it is unclear whether public or private building was responsible for hiring more workers.

Gross domestic product data for the first quarter due next Tuesday should provide more clarity on this. Offhand, a better headline job figure shows that the economy may have performed better than thought despite the prevalence of coronavirus variants that hampered activity.

After construction, wholesale and retail sectors added 672,000 jobs month-on-month, followed by 623,000 jobs at the agriculture segment. However, both were also notorious drivers of underemployment, suggesting that lower quality jobs are being created. Indeed, even by worker class, Mapa said there were some shedding in professional and managerial jobs, while elementary occupations and service crews increased.

“People we talked to said there was variability in work hours, meaning they may not have any choice but to work less, some reduction in clients and poor business conditions,” Mapa said.

On the flip side, education lost 248,000 jobs which Mapa attributed to some class work getting completed, followed by 194,000 jobs cut from transportation and storage, 149,000 in other service activities and 64,000 even in the in-demand health and social work activities.

By sex, females suffered a higher unemployment rate of 7.8% compared with 6.6% for males in March.