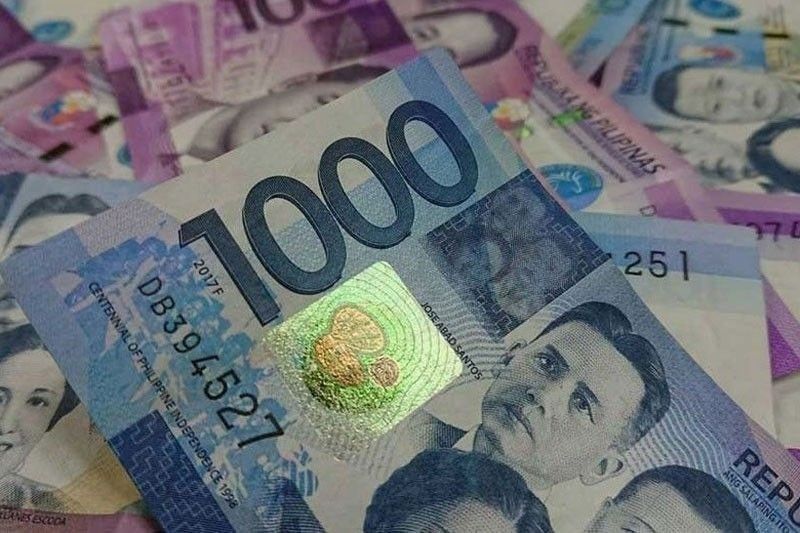 MANILA, Philippines — The central bank has so far unleashed P2.2 trillion into the financial system to avert liquidity strains and prevent long-lasting scarring in the economy due to the pandemic.

“Amid heightened uncertainty in the COVID-19 pandemic, monetary policy has continued to focus on supporting economic activity and market confidence,” Diokno said in his weekly virtual press briefing.

The BSP chief said the bulk of the additional funds came from the central bank’s participation in the secondary government securities market with 6.16 percent of GDP, followed by the P540-billion provisional advance extended to the national government equivalent to 3.01 percent of GDP.

As a result, domestic interest rates reflected in the Treasury bill auction declined gradually as liquidity expanded by 5.1 percent to P14.2 trillion in end-April.

Diokno noted market sentiment has also improved, as indicated by high oversubscriptions in the government’s primary auctions for government securities, as well as in the BSP’s auctions for its term deposits and reverse repurchase facility.

“This allowed the BSP to slowly recalibrate and normalize its monetary operations. The adjustments to our monetary operations, in time with the gradual reopening of the economy, should help facilitate the transmission of our accommodative stance to lower market rates, increase lending, and ultimately, to robust economic activity,” he added.

The BSP chief said he expects bank lending to improve in the coming months after further shrinking by five percent in April as demand remained weak due to bank risk aversion and uncertainty.

“The improvement in bank lending activity in the months ahead will largely depend on the pace of economic recovery as a whole, which in turn would be determined crucially by the progress in the vaccine rollout,” Diokno said.

The BSP sees inflation returning to within the two to four percent target by the second half of the year and next year as non-monetary measures address the supply-side constraints. Inflation averaged 4.4 percent from January to May this year.

“With a manageable inflation outlook, the BSP continues to prioritize the use of monetary policy space to provide support to economic activity amid the pandemic as key sectors transition to the post-pandemic phase,” he said.

Overall, he pointed out the accommodative monetary policy has helped bring down the cost of borrowing, revived activity in the government securities market, and maintained confidence in the banking system.

“Looking ahead, the BSP will continue to focus on keeping its monetary policy stance supportive of the government’s initiatives to address the effects of the pandemic, for as long as necessary, until the economic recovery gets underway,” Diokno said.

The BSP chief explained the country’s strong fundamentals, including the robust gross international reserves (GIR), would help address an earlier than expected rate hike by the US Federal Reserve that hinted of a possible increase in 2023 instead of 2024.

“As I keep telling there is an election that this forthcoming in the US, midterm election next year. And as my personal view, I doubt whether the Fed chairman will rock the boat, between now and that next election, and probably that it’s also not appropriate considering that there’s still a lot of uncertainty as a result of the pandemic,” Diokno said.

He reiterated an increase in interest rate in the US is not an immediate threat to the Philippines.

“We have a lot of tools that will address that concern, call it taper tantrum. Our GIR is healthy, and our interest rates at the moment is at rock bottom, so we can do a lot of measures to counteract any possible effect on the Philippines,” Diokno said.