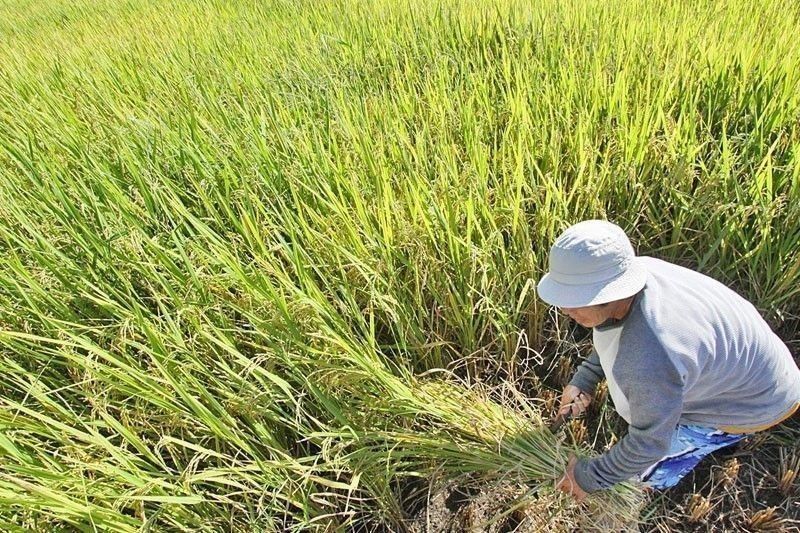 MANILA, Philippines — The agriculture sector continued to be the lowest contributor to the country’s gross domestic product (GDP) among the three major industries of the economy, according to the Philippine Statistics Authority (PSA).

Based on its latest Agriculture Indicators System, the PSA reported that the agriculture, forestry and fishing (AFF) sector accounted  for a 10.2 percent share, a slight increase compared to its 9.2 percent GDP contribution in 2019.

The performance of the sector is measured through the year-on-year growth of its gross value added (GVA), which refers to the difference between the gross output and intermediate consumption used in the production process.

Last year, the GVA in the AFF sector stood at  P1.78 trillion.

The services sector posted the largest GDP contribution with a  60.7 percent share with a GVA  of P10.6 trillion.

Despite growing its GDP contribution last year, the AFF’s GVA declined by 0.2 percent from the previous year, mainly due to reductions in the livestock sector.

The livestock industry posted a 6.9 percent decline in its GVA to P216.5 billion from P232.5 billion a year before.

Meanwhile, fishing and aquaculture registered a 1.3 percent decline in GVA to P223 billion from P226 billion.

In contrast, agricultural crops posted a 1.5 percent increase in GVA to P914.7 billion.

This was driven by increments in the GVAs of palay, sugarcane, corn and cacao, among others.

Agricultural crops accounted for half or 51.4 percent of the AFF sector’s GVA in 2020.

Fishing and aquaculture followed with a 12.5 percent contribution, while livestock had a 12.2 percent share.

The PSA also reported that the majority of the regions in Luzon posted a decline in their respective GVA in AFF last year.

“Downtrends in GVA were noted in all regions of Luzon, except in Ilocos Region which recorded a positive growth but at a slower rate of 0.9 percent compared to the previous year,” the PSA said.

In contrast, all regions in Visayas and Mindanao posted improvements in GVA of AFF in 2020 except in Zamboanga Peninsula which declined by one percent.

Luzon accounted for the largest GVA in AFF share among the three major islands, with a 46 percent contribution

At the regional level, Central Luzon continued to account for the biggest contribution at 14.3 percent. This was followed by Northern Mindanao, Western Visayas, CALABARZON, and Davao Region where the regions’ contribution ranged from 7.9 percent to 10 percent.

The least contributors to the total GVA in AFF were observed in the National Capital Region and the Cordillera Administrative Region.