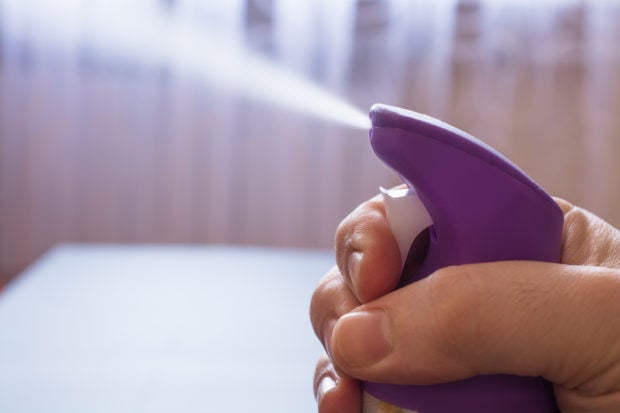 In what is being reviewed as a coronavirus-related hate crime, a train commuter tried driving an Asian passenger away by spraying what appeared to be an air freshener in the United States.

An African-American passenger in Brookly, New York City, began shouting and cursing because an Asian man was standing close to him, a certain Doris Au uploaded a video on her account last Wednesday, March 4.

The two were shown standing in the moving train in the first clip. The Asian man quietly leaned against the subway door, while the angry passenger moved around the relatively empty train.

“Tell him to move!” the black man, wearing a gray-and-white jacket, said.

When a fellow passenger off-camera asked him why the Asian man needed to move, the aggressive passenger replied: “Because he’s standing right f*cking next to me!”

After the Asian passenger refused to respond, the black man grabbed a purple bottle and began spraying it right in front of his fellow train rider. The disinfectant was believed to be a Febreze bottle, the New York Post reported on March 5. He then leaned in an adjacent door facing the Asian man.

“You don’t want to move I’ll fight you. You better move,” the black man repeated.

The Asian man confronted the angry passenger in a . The black man was already seated when the Asian asked: “Why is that? Why can’t I sit next to you?” Before things could escalate, a woman pulled the Asian man away.

“There’s not a single confirmed case of an Asian infected in NYC,” Au declared. “Stop discriminating cause the virus definitely doesn’t.”

There's not a single confirmed case of an Asian infected in NYC. Stop discriminating cause the virus definitely doesn't. #racist #coronavirus pic.twitter.com/Wt1NPOuQdy

The authorities were investigating the alarming viral video, according to the New York Post.

Meanwhile, the newspaper also reported that as of Thursday, there are already 22 cases of COVID-19 in the state of New York, none of them Asian.  /ra