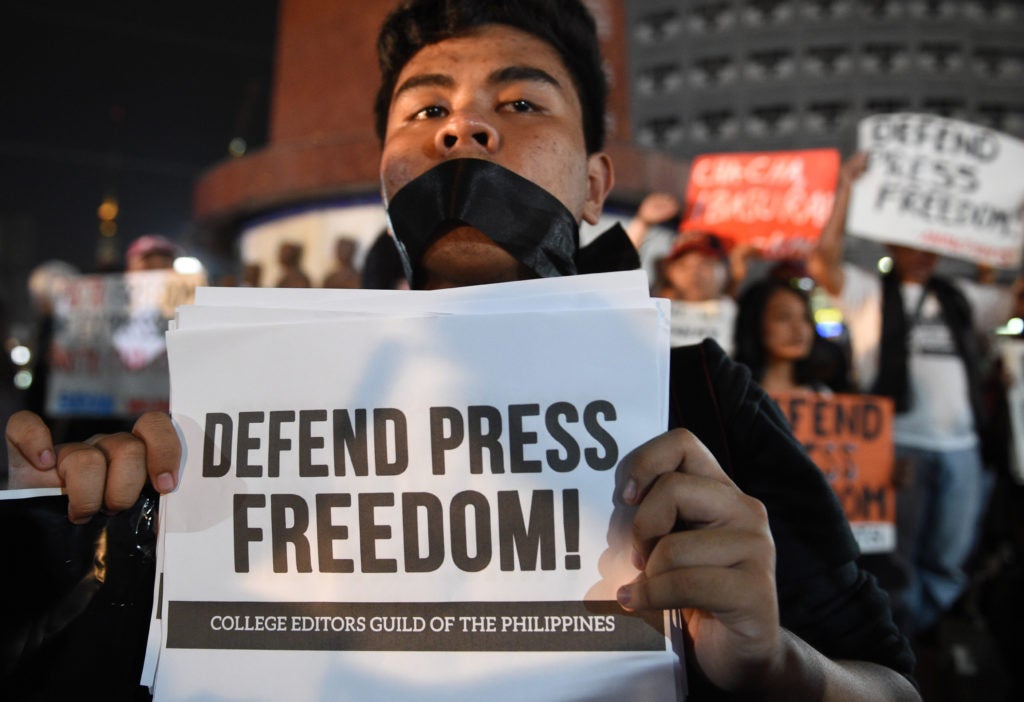 MANILA, Philippines — Journalists in Southeast Asia find their safety threatened by “physical random attacks” by the general public, threats to their families or close relatives, and poor working conditions, according to a survey conducted by the International Federation of Journalists (IFJ) and several journalists’ unions in Southeast Asia.

The focused on the situation on the ground for media employees in seven member countries of the Southeast Asian Journalist Union — namely, Cambodia, Indonesia, Malaysia, Myanmar, Philippines, Thailand and Timor Leste.

According to an IFJ statement issued on Saturday, the poll, which was conducted on 1,265 journalists as respondents, revealed that one in two journalists felt insecure about their jobs in 2018.

Thirty-eight percent of the journalists said press freedom in their countries had worsened or declined in the past year, IFJ said.

The survey also showed that government and political leadership were “two biggest determinants of impunity” for crimes against members of the press.

The prevailing poor performance of the criminal and civil justice system to deal with threats against the press was also a major contributing factor.

IFJ said the full results of their survey would be released on Nov. 23, which is the 10th anniversary of the Ampatuan massacre in Maguindanao, Philippines.

The November 2009 massacre took the lives of 58 people — 32 of them journalists. The incident has been called the worst single-attack against members of the media.

Until now, justice has yet to be served for the fatalities of the massacre.