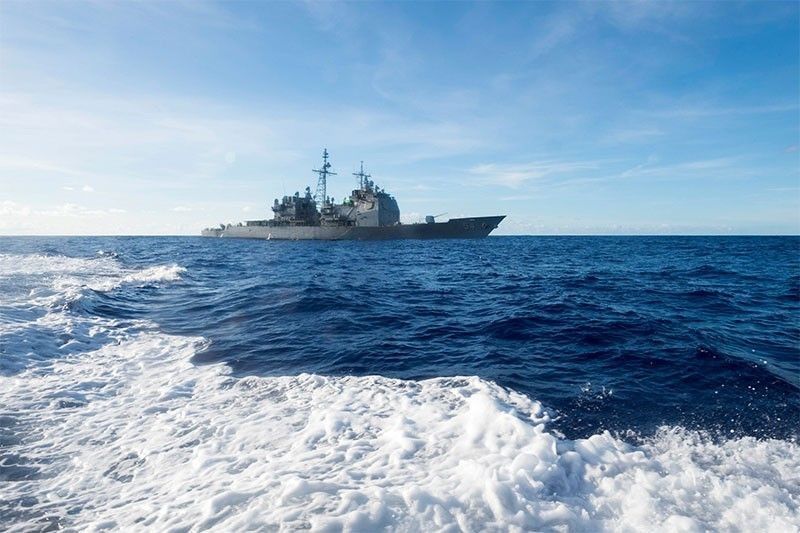 MANILA, Philippines — A senator on Sunday said Manila must not be cowed to Beijing's recent move, authorizing the Chinese Coast Guard manning its claimed territories in South China Sea to fire on foreign vessels.

China's National People's Congress on January 22 had reportedly passed a law allowing its coast guard to use "all necessary means" in the event of threats from foreign ships in the disputed waters, per international news wire Reuters.

The measure also gives the go signal for the Chinese coast guard to demolish structures built by other countries in its reefs, as well as "to board and inspect foreign vessels in waters claimed by China."

To which, Sen. Francis Pangilinan said in a statement: "We reject and do not recognize foreign laws that encroach on our territorial seas and exclusive economic zone."

Beijing has long been stuck in maritime disputes not only with the Philippines but with other Asian countries as well, with Manila securing a significant victory in the Hague in 2016 which ruled against China's nine-dash line in the waters.

Relations between the two countries have soured from the previous administration over the international protest, but it had seen a return to normal, even closer ties with President Rodrigo Duterte's four years so far in office.

Duterte has repeatedly made remarks that undermined the Philippines' victory, despite in his presidential run vowing to take a hard stance including planting the country's flag in the disputed territory riding a jet ski, which later on his officials said was only a joke.

It was only in his speech before the United Nations General Assembly in 2020 that the president asserted the Hague ruling, but only months ago admitted that he could not do anything to reclaim the territories in his annual address to the nation.

The defense department and the military have yet to comment on the developments in Beijing, with the focus at home, it seems, on running after alleged communist recruiters in schools, an allegation that comes unsubstantiated and roundly condemned.

Last year in April, the Philippines filed two diplomatic protests against China over the Chinese coast guard pointing a radar gun at a Philippine Navy ship, and declaring a Philippine territory as part of its Hainan province.

By August 2020, it would move for a follow up on the protests, after the Chinese coast guard seized fishing devices from Filipino fishermen in Scarborough Shoal.

Before that, several incidents between the Chinese and Filipino in the disputed waters have been recorded, such as when Beijing sank a Filipino fishing boat, which later on Duterte would call an "ordinary maritime accident."