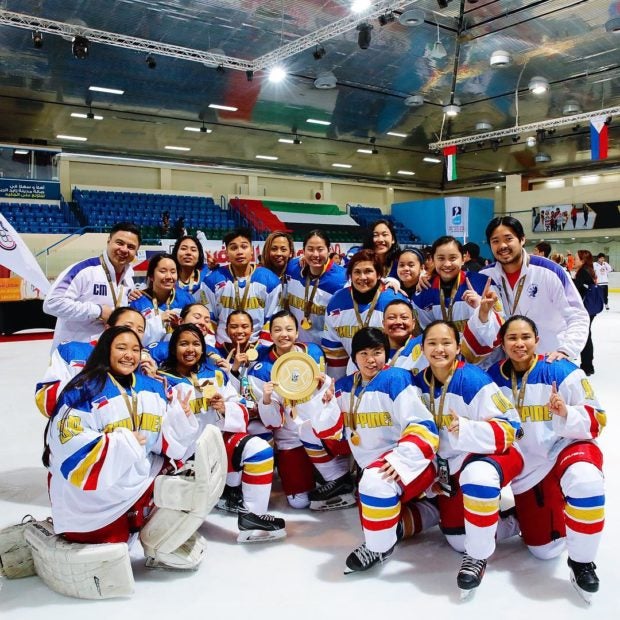 The Filipinas downed the host UAE, 2-1, in the final match to fittingly cap a dominant showing in the competition.

Bianca Cuevas, who was the tournament’s top scorer, opened the scoring early, giving the Philippines a 1-0 lead nearly a minute into the match. Danielle Lourdes Imperial doubled the lead late in the second period.

The Philippine side went unscathed in three games, only dropping one goal. It thrashed Kuwait, 10-0, in the opener then dominated India, 5-0, in its second game.

This gold medal conquest earned the women’s hockey team a promotion to the top women’s division.