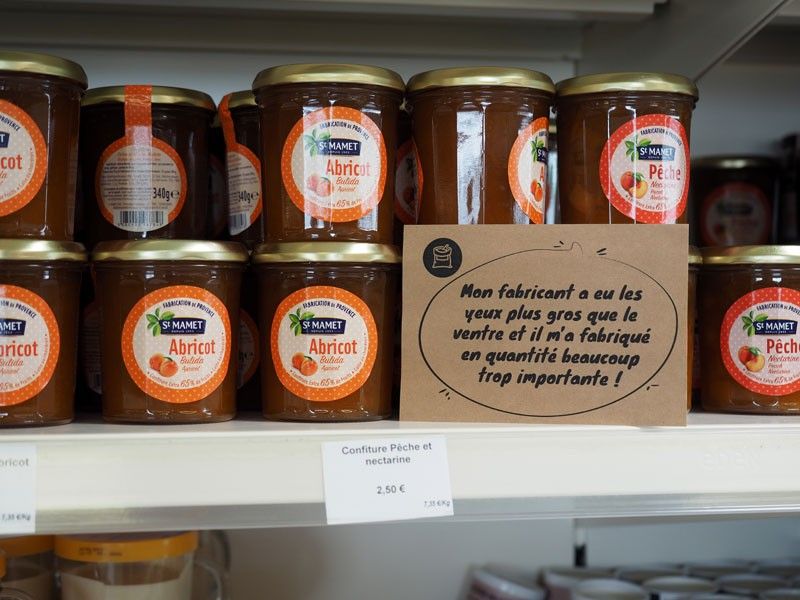 An anti-waste grocery store network is taking off in France to sell “unsellable” products at discount prices.

Oddly-shaped cucumbers, yoghurts nearing their expiry date, slightly dented cookie packages — that’s what the customers of Nous Épiceries Anti-Gaspi (We, Anti-Waste Grocery Stores) can expect to find in the new brand’s shops in Brittany, located on the north-western part of the country.

Unlike other stores, they actively fight food waste by selling products that would otherwise be discarded.

According to the country’s Environment and Energy Management Agency, the market is huge — in France alone, 10 million tonnes of food are thrown away every year.

Industrial producers and manufacturers are responsible for 53 percent of this waste, while distributors and end consumers toss the remaining 47 percent into the trash, contributing to overexploitation of natural resources such as water and agricultural land.

Hoping to prevent this squandering of food and resources, French entrepreneurs Charles Lottmann and Vincent Justin have created a chain of grocery stores offering unsold items.

The idea was Lottmann’s. He had been working for a year at Phénix, a French company fighting food waste with a brand, Les gueules cassées (Broken Faces), selling fruit and vegetables with surface imperfections at cut-rate prices in supermarkets.

Justin brought his entrepreneurial background to the venture.

The duo put together their savings, along with money from family and friends, then discussed a first financial round with Phénix.

The first store opened in May 2018 in Melesse, near Rennes, in Brittany, a north-western region of France. Following its success, a second grocery store opened last November in Saint Jouan-des-Guérets, near Saint-Malo, on the northern coast of Brittany.

"It is the leading agri-food region in France, with many producers who have become our partners. The inhabitants of the region are very aware of sustainable development," Lottmann, the company’s president, explains the choice of location.

The recipe is simple, he says: "We collect unsold products directly from producers. We now have 200 suppliers, from the small local market producer who delivers his products every two to three days, to a big food manufacturer like Danone. And that number grows every week.”

From fruit to vegetables, pantry staples, drinks, frozen foods, fresh meat or fish, and even beauty and hygiene products (end of series, promotions or damaged boxes), "a family of four can buy up to 75 percent of its groceries in these mini-markets," says Lottmann.

The selection changes from one week to the next, so consumers must learn to adapt.

And though they won’t necessarily find the same brands as at a supermarket, the trade-off might be worth it, since prices at these anti-waste stores are 30 percent lower than for traditional brands. In theory, this allows a family of four to save as much as 200 euros ($227) a month, says the company’s president.

For now, the contents of a typical shopping cart cost around 25 euros. The average price per product is only one euro, giving consumers a chance to discover the new concept.

The number of regular clients has been increasing every day, a mix of bargain hunters and environmentally concerned citizens doing their shopping among wooden pallets as displays, attractively recycled cardboard furniture and second-hand trolleys.

On the Facebook page of the Melesse store, a customer approves of this "beautiful initiative to fight against the aberration of food waste." Another thanks the store “for giving consumers the opportunity to buy products that make a difference," while one says she appreciates that "you can vary your meals, thanks to the different items that arrive."

The store’s directors say they are proud to have a positive impact on the environment, noting that the 10 million tonnes of food thrown away every year in France represent 15.3 million tonnes of carbon dioxide emissions.

Lottmann says that each grocery store prevents as much as 35 tonnes of food from ending up in the trash every month and 81 tonnes of greenhouse gases from being released into the atmosphere.

"Now that we have proven our concept, we are launching a second round of financing with the same shareholders, in order to move on to our true development phase,” he says.

Two new stores are opening – one in Rennes at the end of April, and another in Laval, in western France, in June. They intend to open around 20 stores in the next three years, directly or via franchises.

And with the food waste problem a global problem, the concept could spread far beyond France. — Caroline De Malet, Le Figaro (France)

This article is being published as part of Earth Beats, an international and collaborative initiative gathering 18 news media outlets from around the world to focus on solutions to waste and pollution.