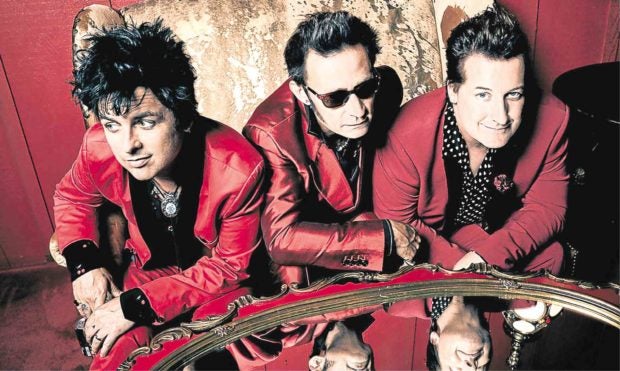 Green Day fans in Asia will have to wait a little longer to watch their idols perform live on stage after the rock band postponed its Asia tour due to health concerns amid the increasing cases of COVID-19 in the continent.

The legendary punk rock trio’s concert in the country, which was scheduled on March 14 at the Mall of Asia Arena in Pasay City, was supposed to be the band’s first visit to the Philippines. Green Day broke the unfortunate news on its official Facebook page today, Feb. 28. The band expressed its disappointment over the postponement.

“We have unfortunately made the difficult decision to postpone our upcoming shows in Asia due to the health + travel concerns with coronavirus,” the band said. “We know it sucks, as we were looking forward to seeing you all, but hold on to your tickets we’ll be announcing the new dates very soon.”

Green Day became the latest addition to some international artists who had to cancel their shows in Asia in view of the outbreak.

Recently, the K-pop boy band BTS also canceled its shows in due to health concerns, while British singer-songwriter announced that he will no longer be joining the Wanderland Music and Art Festival this March.

The three-piece band is credited for popularizing the and is the band behind the songs “Wake Me Up When September Ends,” “American Idiot,” “21 Guns” and more. The band is also known for its albums “Dookie,” “21st Century Breakdown” and its latest, “Father of All Motherf*ckers.”

WeTransfer Not Working? Here's a Quick Fix For You