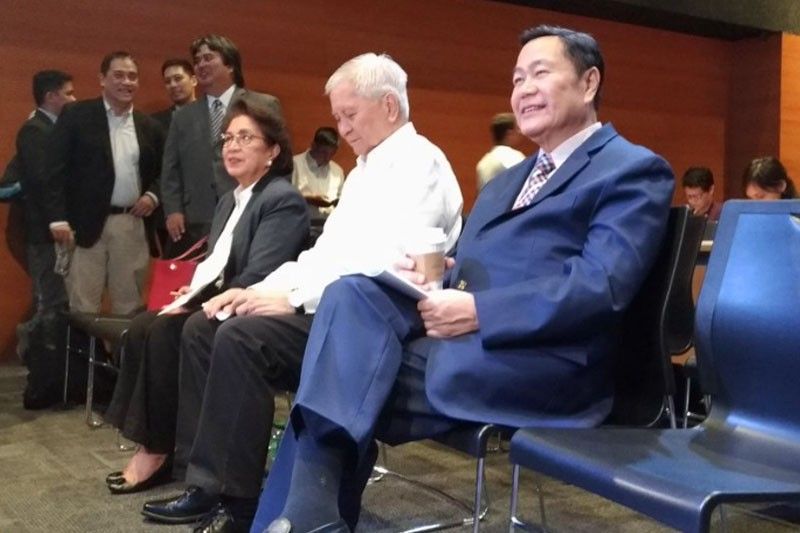 The former DFA chief said they will be submitting additional information to the ICC within the week.

"Justice Carpio's unparalleled wisdom and expertise in the South China Sea issue have raised our confidence in the case and will surely bolster our chances in the ICC," Del Rosario said.

According to Del Rosario, they demonstrated in their response to the ICC that the alleged crimes of Chinese President Xi Jinping and other Chinese officials occurred in Philippine territorial sea, particularly the coast of Luzon.

Del Rosario stressed that Beijing's destructive reclamation and artificial island-building in Subi Reef is within the territorial sea of Pag-asa Island, which is under the jurisdiction of the municipality of Kalayaan in Palawan province.

China's blockade of the territorial sea of Scarborough or Panatag Shoal off also affected the livelihoods Filipino fishermen living along the coast of Luzon.

The former top diplomat also pointed out that hundreds of Chinese militia vessels located circling Pag-asa Island's vicinity from 2018 to 2019 were meant to harass Filipinos living on the island. Pag-asa Island is one of the largest features of the Spratly Islannds.

The ramming of Filipino fishing boat GemVer near Recto Bank last year also falls within ICC jurisdiction as the Chinese crime was committed against a Philippine-flagged vessel, Del Rosario added.

Del Rosario and Morales also added executives of state-owned China Communications Construction Company, which is also involved in the Sangley airport project, as its subsidiaries undertook island-building activities in the West Philippine Sea.

"ICC will now have the basis to proceed with our case against China's leadership," Del Rosario said.

"These facts are straightforward because they are based on publicly available evidence and a number of them have been judicially vetted in the South China Sea arbitration," he added.

Morales, meanwhile, urged the Filipino people to unite against Chinese incursions in the West Philippine Sea.

The former ombudsman said they are pursuing the case to demand accountability from China on behalf of the Filipinos affected by Beijing's seizure of land and waters, as well as near-permanent destruction of marine environment in the area.

"While the Duterte administration remains unwilling to confront China’s crimes against the Filipinos, we are not entirely helpless in seeking ways to speak and act against the criminal ctions of the Chinese government," Morales said in the same virtual forum.

In March 2019, Del Rosario and Morales lodged a communication against Chinese President Xi Jinping and other Chinese officials for Beijing's massive island-building activities in the South China Sea, including the West Philippine Sea.

ICC Prosecutor Fatou Bensouda, however, said in December last year that the tribunal does not have jurisdiction over China's alleged crimes against humanity in the West Philippine Sea.

Del Rosario and Morales then said they will provide new facts and evidence to proceed with the case.

China joins deal to get COVID-19 vaccine to poorer nations

Here's where Trump campaign has been spending funds

COVID-19 case inside bubble 'wake up' call for PBA—Marcial