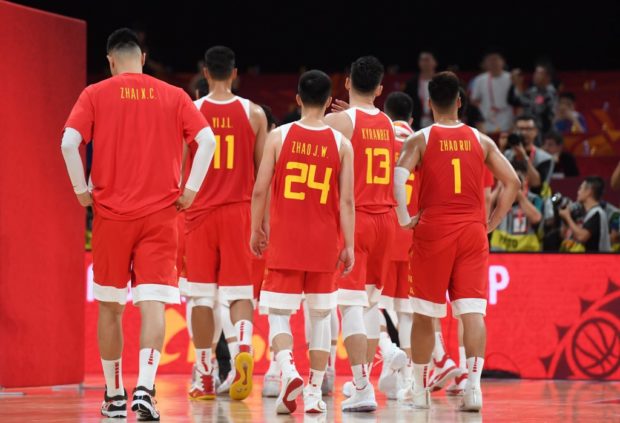 The knives were out in China on Thursday after the basketball World Cup hosts failed to reach the second round, triggering criticism normally reserved for the country’s woeful football squad.

Chinese basketball boss Yao Ming, an NBA Hall of Famer, was reduced to 7ft 5in of melancholy at the Beijing courtside Wednesday night as China was eliminated 72-59 by Venezuela.

Though not expected to go deep into the tournament, China’s performance was seen as a disappointment, especially since they had been drawn in one of the easiest preliminary groups.

They managed only one win — against lowly Ivory Coast — in their three group games, underlining the challenge faced by Yao, who took over in 2017 as head of Chinese basketball with plans to revive that nation’s fortunes.

“We have certain advantages in Asia, but when faced with strong European and American teams, we are always at a disadvantage,” said the influential Beijing Youth Daily.

“If Chinese basketball wants to (compete with Europe and the United States) there is still a long way to go.”

Yao, now 38, led China to some of their best showings in global competitions and his NBA success helped fuel basketball’s popularity in China and had raised hopes of a new era which have been dashed.

“The young Chinese men’s basketball team failed to play at the level that they should have, on both defense and offense,” said the national team’s official social media account.

Comments on Weibo, China’s popular answer to Twitter, ranged from disappointed to savage, with some comparing them to the huge nation’s perennially underachieving football team.

“Seeing men’s basketball perform like this, I can understand the men’s football now,” said one posting. “Eliminated at home, it stung.”

Another added: “Please have this group of people return their national team uniforms, make a public self-criticism, and give their report to Yao Ming, the fans and the national team.”

China, ranked 30th in the world, had placed their hopes largely on the shoulders of a towering front court of three seven-footers: veteran Yi Jianlian and relative newcomers Zhou Qi and Wang Zhelin, but the trio failed to dominate.

Basketball and football are China’s most popular sports.

But while China dominates on the court regionally, winning Asian Games gold in Jakarta a year ago, they struggle against the world’s best and have not discovered a successor to trailblazer Yao.

Former Houston Rockets star Yao took over as head of the Chinese Basketball Association (CBA) two years ago and raised hopes with plans to reform an entrenched state development system that he says badly needs an overhaul.

Pressure for results may now increase after the demoralizing showing on home soil, especially if China performs poorly in Olympic classification contests that are up next.

Under this year’s World Cup format, China’s tournament is not over and they will need to rally in the classification round — they face South Korea on Friday — with Tokyo 2020 Olympic qualifying in play.

Parades, close-ups with Mickey out as Disney World reopens