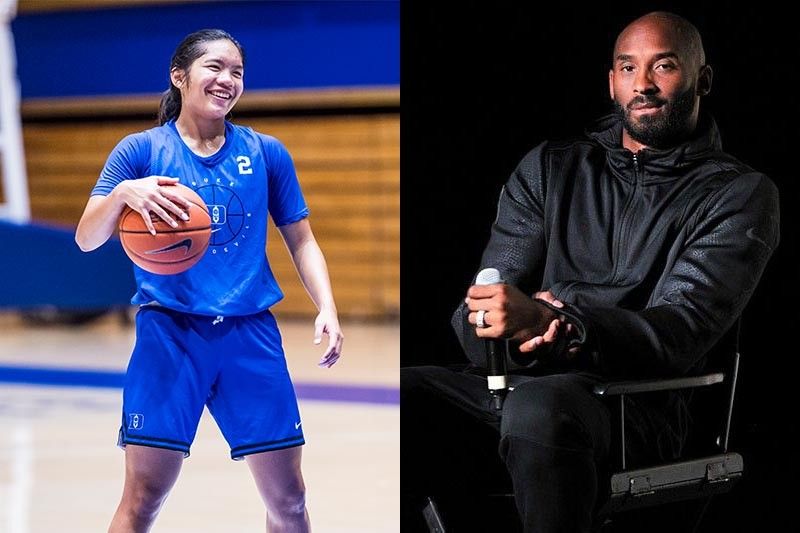 And being born in Los Angeles, California to Filipino parents, de Jesus has the late Kobe Bryant on her list.

But more than the average female baller looking up to the Laker legend, de Jesus actually had the chance to rub shoulders with Bryant during a stint in his Sports Academy (previously known as the Mamba Sports Academy).

"In my sophomore year in high school, I had the chance to work at Mamba Academy over the summer... I was able to actually get to work hand-by-hand with Kobe in some of his camps," de Jesus shared to Philippine media Thursday morning.

"My club team, we were also able to practice with his daughter's team, Gigi and the Mamba girls," she added.

Known for his support for women ballers before his untimely death, de Jesus couldn't help but gush over the late legend's impact on her as a player.

"Beyond the court, Kobe is just... his mentality and understanding of the game is unreal. He's such an amazing person," she said.

"You see how good he is, off camera? He's even better than you think," she added.

The 18-year-old de Jesus is set to debut for the Duke University Blue Devils in November. She is one of two full-blooded Filipinos who will be suiting up for NCAA Division I college teams.

She is joined by Ella Fajardo who will play for Fairleigh Dickinson University next year.