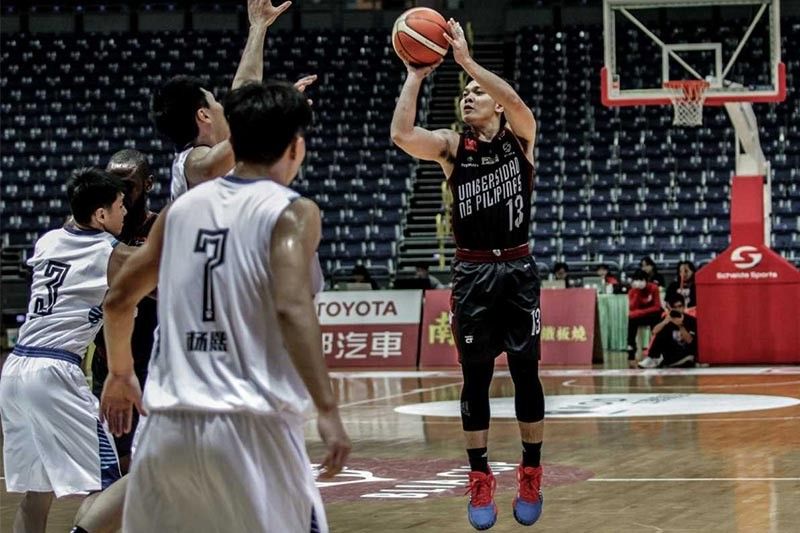 MANILA, Philippines — Jun Manzo is slated to be the next leader of the UP Fighting Maroons after Paul Desiderio hung up his jersey last year.

But the Agusan del Norte native says this is far from his mind as State U competes in the Buddha Light International Association (BLIA) Cup in Taiwan.

The Fighting Maroons went on a Cinderella run in UAAP Season 81, where they broke a decades-long drought of missing out on the Final Four and in the Finals.

They had only faltered against eventual champions Ateneo de Manila University.

But now with prized recruits Ricci Rivero, Kobe Paras and Jaybie Mantilla ready to see action in Maroon and White, it may be a different ballgame altogether.

If their dominating campaign in the BLIA Cup is any indication, the Fighting Maroons are certainly a team to look out for.

Manzo and the rest of the UP Fighting Maroons are through to the semifinals of the BLIA Cup after three convincing victories over the opponents in their bracket.