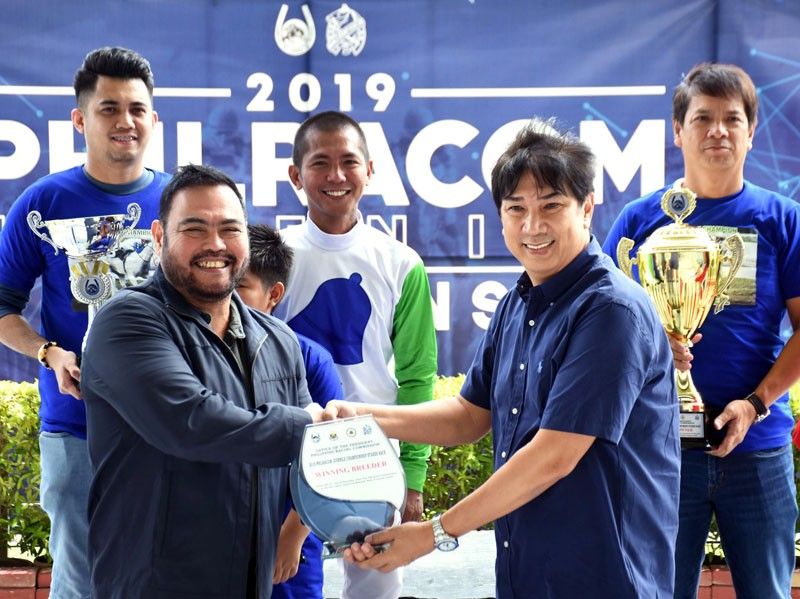 MANILA, Philippines — Union Bell delivered an impressive finishing kick to an undefeated season, winning the 2019 Philippine Racing Commission’s Juvenile Championship recently at the San Lazaro Leisure Park in Carmona, Cavite by five lengths and declaring itself ready for the bigger challenge of the new year – the Triple Crown series.

The two-year-old colt started its amazing streak with an emphatic five-length win in the first leg of the Juvenile Fillies and Colts Stakes Race at the Saddle and Clubs Leisure Park in Naic, Cavite last October before making it two in a row in the second leg at the Metro Manila Turf Club in Malvar, Batangas the following month.

Proving that it is one of the country’s fastest-rising young horses, Union Bell completed a hat trick of sorts by winning the Juvenile Colts Stakes Race at the San Lazaro Leisure Park in December, before capturing the overall Juvenile crown during Philracom’s last offering for the year.

After Party set the tone of the race a third of the way, before Union Bell made its move at the 700-meter mark. Exponential turned it into a three-way battle for the lead from there, but Union Bell began pulling away in the final 600 meters, bolting to the finish for a five-length victory that affirmed its status as one of the best horses to watch in the new racing season.