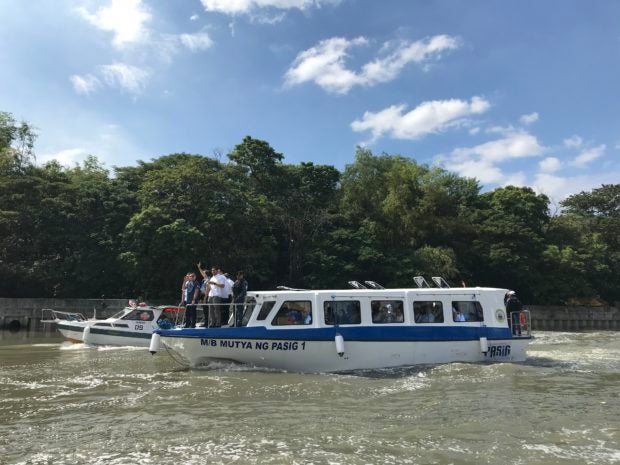 At the relaunch of the ferry service on Monday, Lim said the Pasig River Ferry Service will offer free rides starting December 9 until January 31 of next year.

The ferry service first sailed in 2014 to serve as an alternative to congested roads but Lim said there were a number of lapses in its operations.

(This was launched before but apparently there were a lot of lapses…at this time Malacañang is showing support for this project).

He’s confident that the project would have a bright future.

He said that the 11 existing stations and ferry boats were repaired for the relaunch.

(We repaired the existing stations. We have a lot of plans for this project, there are a lot of areas in Pasig River that is slightly shallow, so we need to dredge it).

Aside from the two boats from the Pasig City government, Lim said more ferry boats will soon set sail under the Pasig River Ferry Service.

The Pasig River Ferry Service, runs from Pinagbuhatan in Pasig City to Escolta in Manila, has seven boats that can accommodate varying number of passengers.

It has 11 stations namely Pinagbuhatan, San Joaquin and Maybunga in Pasig City; Guadalupe, Valenzuela in Makati City; Hulo in Mandaluyong; and Lambingan, Sta. Ana, PUP, Lawton, and Escolta in Manila.

The ferry service will operate from 6 a.m. until 6 p.m. during weekdays.