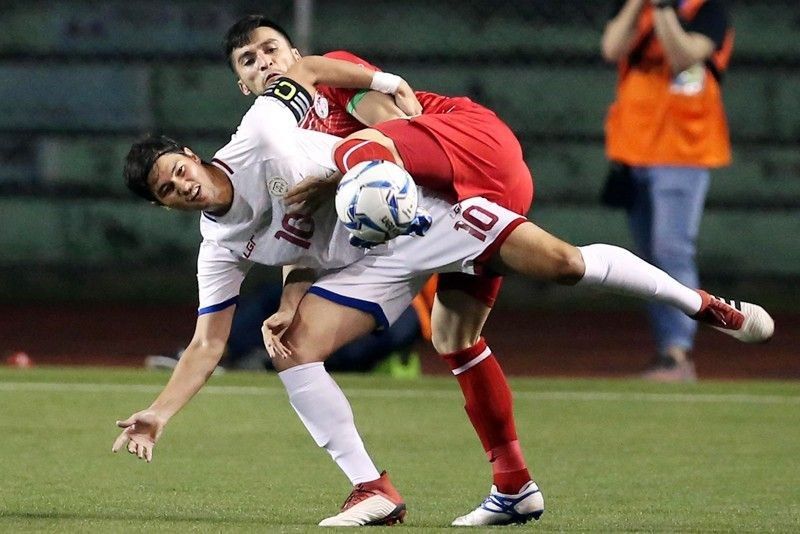 The Fil-Briton is arguably the best player to ever don a Philippine national team jersey, and he scored over a hundred goals for his clubs and 56 goals for the country (including the youth teams).

Topman would be one. Scoring machine is another.

But I would go for one word — tenacious.

It is easy for him to give it all up.

He left England after his career in Chelsea FC didn’t look like it was happening. Be resurrected his career in the Philippines. When he played for San Beda and Loyola, his teams were dealt devastating losses in the title series. Along with his team, they persevered and did win something (although not as much as he would like).

One though cannot keep holding back the sands of time. And his career was, is and will always be an incredible story. One for the books. Furthermore, it is almost safe to say that no one will surpass his goal-scoring records here at home or for the national side. The man scored a lot of big and historic goals and helped the country achieve a lot during his time wearing a national jersey.

How do I further illustrate that tenacity?

The first was in Vietnam during the 2010 Suzuki cup.

On the morning of the fifth of December, the team was having breakfast when one of the trainers came down with the news that Phil was ill as he was up night throwing up due to something that he ate. Even worse, his roommate, fellow striker Ian Araneta stayed up to help Phil. Some of the staff immediately ran up while everyone else had this look of concern on their face.

However, he was going to play. He was pretty silent for much of the game until the second half when scored on a low screamer in the 79th minute that slipped under the arms of the Vietnamese goalkeeper for a 2-0 lead; a game dubbed “The Miracle of Hanoi” and one that changed Philippine football ever. Of course, a lot of credit has to be given to Chris Greatwich for that win and that tournament. It was Greatwich who scored against Singapore for a 1-1 draw and he scored that first goal against Vietnam, stole the ball and fed Phil that ball twice until the latter scored.

Inside the victorious locker room beneath the bowels of the My Dinh National Stadium while everyone celebrated the historic win, Phil was vomiting his guts out.

During the second leg against Kuwait during the Asian Qualifiers for the 2014 World Cup, Phil got the ball on the left wing and went up against three defenders. He managed to stay on his feet — he never had any solid football and was falling all over the place — and rifled a pass to Chieffy Calidong.

Chieffy was unable to get past those three defenders and the ball went out to Stephan Schrock who fired a laser of a shot in injury time to give the Philippines a 1-nil lead. And hope of a comeback. Phil reciprocated Greatwich’s tenacity in the Suzuki Cup and that helped provide the opening for the goal.

And there’s the 2012 AFC Challenge Cup where Phil scored against Tajikistan to help the Philippines enter the semi-finals — it’s highest placing at that point in world football. Against Turkmenistan in the semis, Phil scored, but the other team won, 2-1. Phil gave the country a huge consolation when he scored a brace in a 4-3 win against Palestine for third place.

And Phil is on a prestigious list of a few players who have scored 50 or more goals for his country.