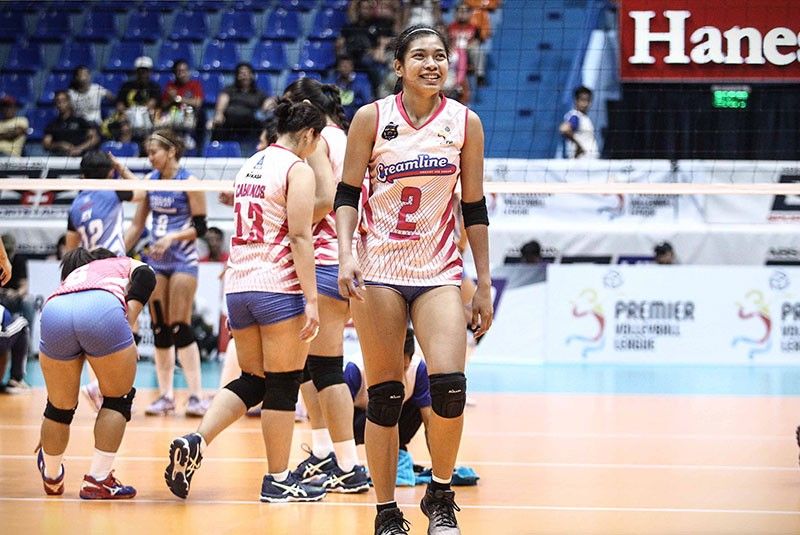 MANILA, Philippines — While her fellow spikers basked in the glory of their respective feats in recent FIVB website articles, Alyssa Valdez raised the bar a notch higher, landing a spot in no less than the Olympic Channel platform.

The Olympic movement website ran a feature story on the former Ateneo star, easily one of the most recognizable faces in women’s sports in the country today, detailing her rise to fame – as a budding but promising high school player to become queen of collegiate volleyball and star in commercial league to a stint as import in Thailand and Taiwan and a tour of duty in the national team.

The story likewise touched on her life outside of the volleyball court, including her relationship with fellow athlete Kiefer Ravena, her millions of followers on social media and charity works with fellow volley stars.

Most recently, she and pals Charo Soriano and Amanda Villanueva, along with Ravena, have been raising funds and distributing PPE (personal protective equipment) to frontliners in hospitals in the face of the coronavirus pandemic.

While other local stars can measure up with the fiery Batangueña power-for-power, skill-for-skill and talent-for-talent, it’s her charisma that separates the Creamline skipper from the rest and endears her to the fans who make up her social media following of more than three million between Twitter and Instagram.

Seeing the potential in the young talent, UST recruited her to spearhead its UAAP campaign in the junior ranks with Valdez living up to the hype and helping produce multiple titles for the school.

But she moved to Ateneo in college and like her wont, powered the Lady Eagles to the UAAP championships twice while capping her stint with four best scoring titles, three best server plums, three season MVP crowns and one Finals MVP.

She also easily made it to the elite Top 10 players in the then V-League – reviving the sport in 2004 – 10th season where she likewise racked up a number of personal milestones and team championships.

A club in Thailand, a bastion of volleyball in the region, even tapped her services as an import with the Filipina ace likewise backstopping a local squad in Taiwan in 2017.

But it wasn’t all success for the well-loved spiker, who struggled and failed to help carry the national team in a number of international campaigns, including the SEA Games in Manila last year where she was even benched in a final set of a crucial game.

“It’s the first time in my life that I wasn’t able to finish a game,” she said in a separate interview. “But I think they have a strategy and I think there’s a reason why it happened.”

Whatever, the ups far outweigh the downs in Valdez’s flourishing career with more accolades certain to come her way when things get back to normal in the local volleyball scene.