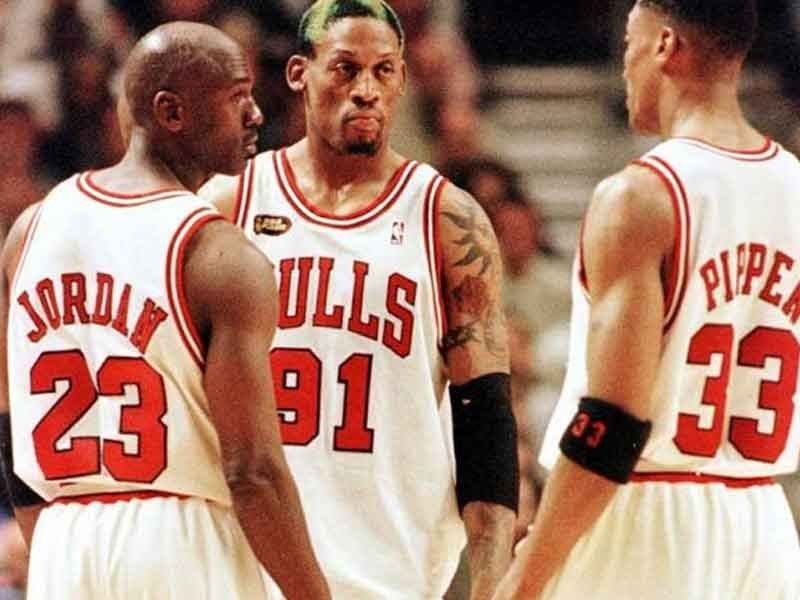 MANILA, Philippines – Episode Four of “The Last Dance” ended with the ill-timed statement of then-Chicago Bulls General Manager Jerry Krause saying that this was head coach Phil Jackson’s last year and Michael Jordan was welcome to come back if he decided to return.

The seeds of discontent are sowed in the past and matured at the worst possible time. There was that second season of Jordan where he felt that the team was tanking in order to get a better draft slot. There was trading his best friend on the team, Charles Oakley, for Bill Cartwright — a move that helped Chicago later win its first three-peat. However, at that time, it inflamed Jordan.

Then there was that incredulous situation in 1988 when then-Los Angeles Clippers owner Donald Sterling offered Chicago his two picks (in the first six) of the 1988 NBA Draft for Jordan in order to compete with the Los Angeles Lakers for supremacy in the Sunshine State.

While the trade obviously did not materialize, it gave Krause much food for thought about rebuilding without Jordan, who will always be credited for the Bulls’ success.

Krause also had a lot to grind about. When he started out his Bulls tenure, Dick Motta was extremely hard on Krause and the former was popular in the Windy City. Krause badly wanted to fire him, but had to wait quite some time. It was the same with Doug Collins, who succeeded Stan Albeck as Bulls coach. Collins led the Bulls to three playoff appearances, including an Eastern Conference Finals slot. Had Collins taken the Bulls to the Finals, it was harder to get rid of Collins.

To jettison Collins was unthinkable. He was a proven coach although there were clear issues between him and the players — Jordan included.

But it showed a willingness by Krause to let go of anyone who didn’t tow his line or clashed with him.

It’s hard to say that Krause is the only one at fault for the Bulls’ disintegration. Everyone has to share that blame, from owner Jerry Reinsdorf to Phil Jackson and — yes — to Jordan himself.

Krause should have learned from Collins’ fate. Collins wanted to be loved by the players, which is very difficult if you force it. But he was torn between giving the ball to Jordan and sharing the wealth.

In such a small setting with Jordan the ringleader, Krause was the target of a lot of abuse. While some of it were funny jokes, others were downright nasty. With contract issues by key players a real issue; the bus or even the plane was both a happy place and at once, a cauldron. And around the time of the 1997 NBA Finals where Chicago first faced Utah, it got a whole lot worse.

Had Jackson put a stop to it no matter how contentious his or his players’ relationship with the GM, what could have happened? I wonder if the camera crew that shot “The Last Dance” documentary was able to get a lot of this footage that was equal parts funny and cringe-worthy.

The moment Jackson rode off on his motorcycle, it was over for these Bulls. The NBA lockout happened, and it took a few months of waiting for the inevitable. When the lockout ended, Jordan retired, Dennis Rodman was not asked back and Scottie Pippen was traded. Steve Kerr and Luc Longley were likewise dealt away. Only Toni Kukoc and Ron Harper were left from that three-peat title core. And yet, within another season and a half, they were gone.

With the core disbanded, Krause was left to rebuild, but he was spurned by Tracy McGrady and Eddie Jones. He picked up some really terrific draft picks in Elton Brand and Ron Artest, but he didn’t wait for them to mature. He traded them and got more draft picks, but it never went right for Chicago.

The Bulls thus went from champions to having some of the worst records in the league.

All dynasties come to an end, but the team wasn’t done yet. Maybe they were good for another season or two, but who knows?

The only certain thing is that Chicago waited until John Paxson built another very good team, but one that eventually fizzled out.