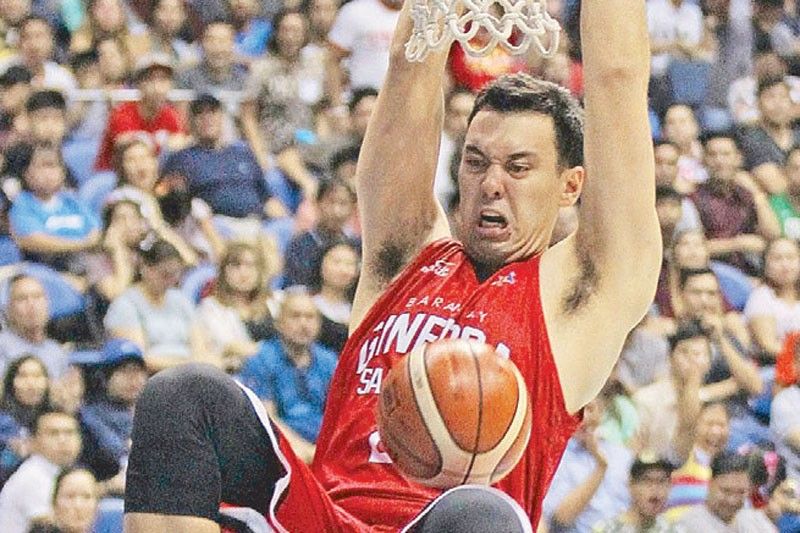 MANILA, Philippines — Rivals brace for a tougher time battling Barangay Ginebra in anticipation of Greg Slaughter’s return to the Gin King’s fold in the next PBA wars.

The 2013 top rookie draft pick has expressed his intention to make a comeback in Season 46 after taking a sabbatical this year.

“It’s just going to be harder for us with his (Slaughter’s) presence,” TNT Tropang Giga coach Bong Ravena told The STAR.

“Having Greg back will not just benefit Ginebra in particular but the PBA in general,” Robinson said. “Greg’s talent belongs to the PBA and the fans miss him also.”

TNT fought a Slaughter-less Ginebra in a showdown for the Philippine Cup bubble crown recently. The Tropang Giga lost the finals series in five games, hurt by injuries to vital cogs Ray Parks, Jr. and Jayson Castro and the steady outings of the likes of LA Tenorio, Japeth Aguilar, Stanley Pringle and Scottie Thompson.

When his contract lapsed, Slaughter decided to go on a break from basketball “to improve as a person and as a player.”

His sudden departure apparently caused a misunderstanding with Ginebra management over his contract renewal.  Last Tuesday, Slaughter apologized to San Miguel Corp. top brass Ramon S. Ang and sports director Alfrancis Chua “for any misunderstanding and bad feelings that may have occurred” due to his decision.

He also expressed his wish to rejoin the Gin Kings, vowing to showcase his best form yet. “I have learned so much this past year and I am excited to show everyone that the next phase of my career would be the best one yet,” he said.