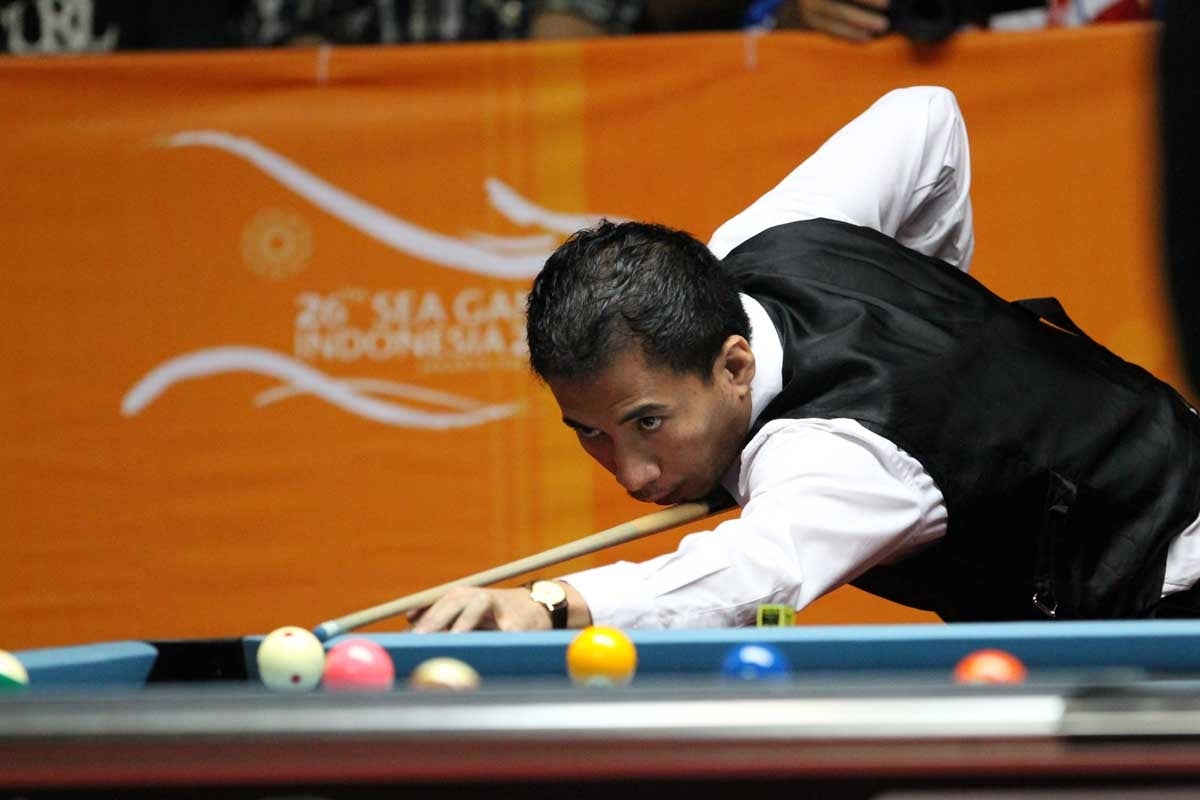 MANILA, Philippines — Dennis Orcollo picked up his jump cue and hit a long distance shot like it was nothing.

He then pulled off a masse shot to pocket the one-ball two racks later.

Showing nerves of steel and incredible display of precision, Orcollo prevailed in a grueling battle of attrition over Singaporean ace Aloysius Yap, 9-7, Sunday to enter the men’s 10-ball singles final in the 30th Southeast Asian Games at Manila Hotel Tent.

Orcollo, who is already a four-time SEA Games gold medalist, shoots for another gold on Monday.

The 40-year-old Orcollo played a defensive game as he opted to go for safety shots and baited Yapp to take risks.

Orcollo pounced on a blown safety attempt by the 23-year-old Yapp in the 16th and final rack to seal the deal.

The former world champion, however, needed to dig deep in his bag of tricks to scrape past a game and skillful Yapp.

The two went back-and-forth in the seventh rack where Orcollo eventually got the upper hand after Yapp failed to pocket the one-ball off a jump shot that left a clear table.