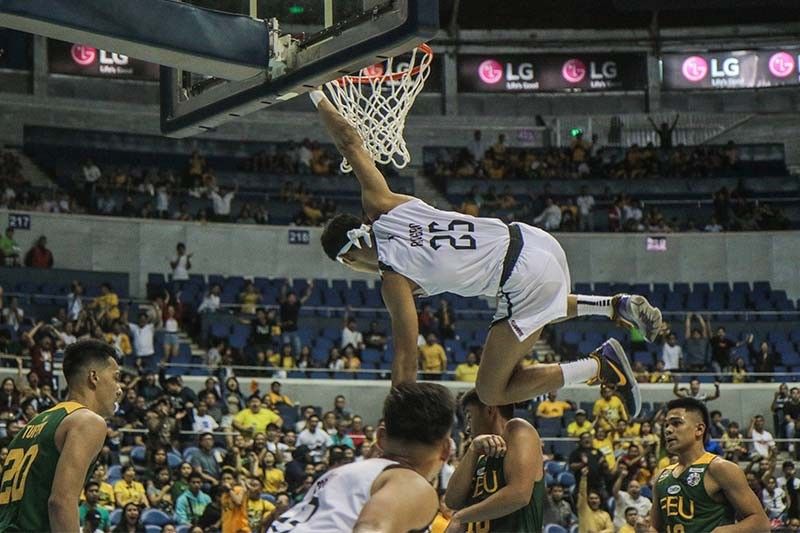 MANILA, Philippines — Ricci Rivero had a rousing debut for the UP Fighting Maroons in their UAAP Season 82 opener against FEU on Wednesday.

The former Green Archer reintroduced himself to the league with a bang, scoring his first two points with a highlight reel dunk off of a lob from Jun Manzo.

Rivero's athletic jam made so much noise on social media that even San Francisco-based sports website Bleacher Report had to take notice.

THIS DUNK IS WILD

Bleacher Report posted the video of Rivero's dunk across all their social media platforms.

"THIS DUNK IS WILD," said the caption.

Rivero played a total of 31 minutes in his UAAP debut with the Diliman squad.

He finished with seven points and six rebounds in the game.