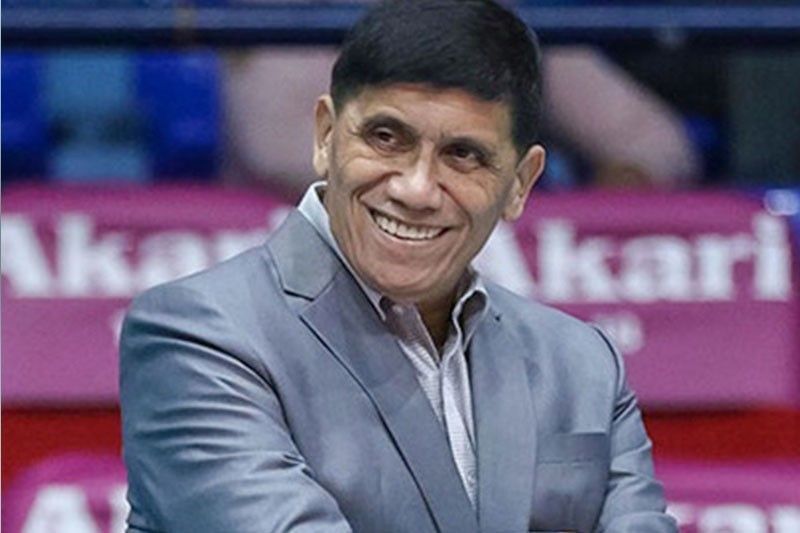 MANILA, Philippines – Roger Gorayeb is no stranger to rebuilding.

When he began coaching the Ateneo Lady Eagles in the UAAP women’s volleyball tournament, he inherited a freshman-driven squad. When he took over National University’s distaff side, they were down and beaten. When he signed with BaliPure, he started from scratch as the previous team all defected.

To put it bluntly, Gorayeb isn’t happy. He understands his wards wanting to spread their wings. But it doesn’t make him a happy man and he feels they all left while he was convalescing in a hospital as a stroke and a bout with pneumonia.

Gorayeb, the proud man that he is being a multi-titled volleyball coach having won extensively with San Sebastian, a V-League crown with Ateneo to go with a pair of UAAP finals berths, and a title with BaliPure in the Premier Volleyball League has taken the reins of a team reeling with the losses.

While volleyball has taken off in the last 10 years, Roger is thankful for the sport’s growth. As there are positives; there are negatives. He decries the rise of the agents who have driven up prices if not recruiting pitches. He has had a number of players poached by other clubs.

He experienced that one time — in the middle of a finals stint — when a team tried to pry middle hitter Risa Sato away. He’s had recruits for his college team nabbed by more moneyed programs. And now, there are some of his former PLDT players.

“Move on na lang,” he concedes yet still with a tinge of anger.

No matter how strenuous the home workouts are for his team, Gorayeb knows there is no substitute for live practices and matches.

“Everyone has the same problem,” pointed out the coach. “Now we just have to pray that the situation becomes safe to allow what we do best — which is to play volleyball. And to entertain people.”

Age just a number for JC

Residents get palay seeds, goats as aid in Tarlac town