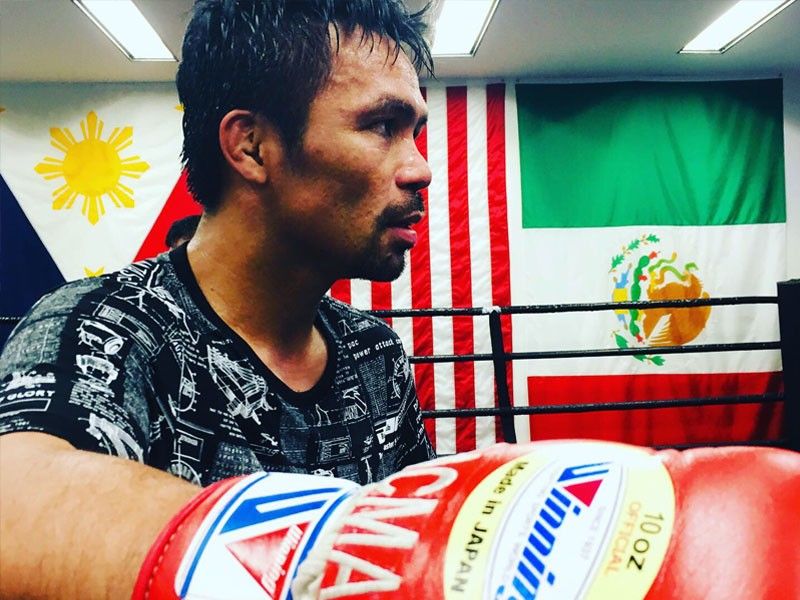 LAS VEGAS – Manny Pacquiao might go all out in his continuing bid to fight Father Time and do what he hasn’t done in more than a decade.

That is, fight three times in one year.

The last time Pacquiao stepped on the ring thrice in the same year was in 2008, when he took on Juan Manuel Marquez in a rematch at junior lightweight, jumped to lightweight against David Diaz, and challenged Oscar Dela Hoya at welterweight.

Pacquiao won all three bouts, outpointing Marquez and stopping both Diaz and Dela Hoya — the latter two in impressive fashion. He ended up winning Fighter of the Year honors from the Boxing Writers Association of America.

Pacquiao has since only fought either once or twice a year, with his other commitments affecting his boxing schedule.

At 40 years old, the fighting senator is no spring chicken, and taking three fights a year has become virtually unachievable for a busy man like him.

Now, Pacquiao wants to try it again, especially if he wins his upcoming fight — the 71st of his storied career — against Keith Thurman Saturday at the MGM Grand Garden Arena here (Sunday Manila time).

He opened the year with a bang, dominating Adrien Broner January to set up the WBA welterweight title showdown with Thurman.

Asked if he’ll fight one more time this year after Thurman, Pacquiao said it’s a possibility especially if his schedule in the senate permits it.

“Yes, there is a scheduled recess. But we will figure it out when the session starts,” he said in a recent conference call from Los Angeles.

Pacquiao has one fight left in his deal with Premier Boxing Champions, and there is no shortage of opponents for him.

There’s Shawn Porter and Danny Garcia. Or it could be a mega showdown with welterweight superstar Errol Spence Jr. Reports said December is being eyed for Pacquiao’s third fight this year.

It will be another remarkable feat for a fighter Pacquiao’s age.

But first, he has to get past Thurman five days from now.