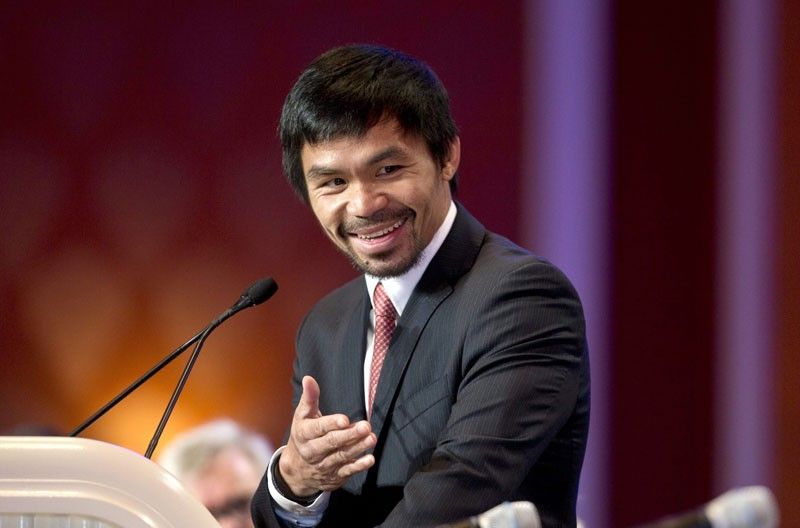 MANILA, Philippines — MPBL founder Sen. Manny Pacquiao said recently the league will strive to finish the Lakan Cup when the coronavirus crisis is over and the national government gives the go-signal for sporting events to resume without jeopardizing the safety of players, coaches, officials and fans.

Pacquiao said under the situation, resuming the Chooks-To-Go MPBL Lakan Cup isn’t a priority. His focus is doing what he can to alleviate the plight of the poorest of the poor during the pandemic. But when things normalize, Pacquiao said the Lakan Cup will definitely continue with the national finals just around the corner.

“Malapit ng matapos ang division finals,” said Pacquiao. “Just one more game to decide who will be the national finalists from the North and South.” In the Northern Division finals, San Juan and Makati are tied with one win apiece. The deciding Game 3 was set for Saturday, March 14, at the Filoil Flying V Arena until MPBL commissioner Kenneth Duremdes announced the suspension of the playoffs two days before because of the coronavirus outbreak. In the Southern Division finals, Davao Occidental and Basilan are also tied with a win each. They would’ve clashed in the deciding Game 3 in Davao last March 14.

The winners of both division finals will advance to the best-of-five national finals to determine the third MPBL champion after Batangas City won the inaugural 10-team Anta Rajah Cup in 2018 and San Juan took the 26-team Datu Cup last year. The third MPBL season, called the Lakan Cup, brought in 31 teams.

In the Lakan Cup eliminations, San Juan topped the North with a 26-4 record and bowled over Pasay and Pampanga via 2-0 sweeps to advance to the division finals against Makati. The Knights are coached by Randy Alcantara and bannered by NLEX draft pick Mike Ayonayon, former PBA player John Wilson and Jhonard Clarito. Makati finished third in the North with a 22-8 record then swept Bulacan before escaping Manila, 2-1, in the playoffs on the way to the division finals. The clincher over Manila was a 78-75 overtime thriller. The Super Crunch Skyscrapers are coached by Beaujing Acot with ex-PBA players Joseph Sedurifa and Jong Baloria and former La Salle Fil-Am Josh Torralba on the firing end.

In the South, Davao Occidental placed first with a 26-4 record and beat Bicol, 2-1 and blanked Zamboanga to arrange the division finals showdown with Basilan. Davao’s coach is former PBA guard Don Dulay and among the Tigers are Eman Calo, Billy Ray Robles and Mark Yee. Basilan finished third in the South with a 21-10 mark then swept Iloilo and defeated Bacoor, 2-1 to move to the division finals. The Steel is coached by Jerson Cabiltes with Gilas draftee Allyn Bulanadi, Hessed Gabo, Jay Collado, Philip Manalang and ex-PBA player Jonathan Uyloan in the lineup.

In the North finals, San Juan drew first blood, 76-60 then Makati equalized, 91-88, behind closed doors at the Filoil Flying V Arena. In the South finals, Basilan won Game 1, 74-72, in Tagum then Davao Occidental evened it up with an 81-76 decision at the Lamitan City Gym in Basilan.

Age just a number for JC

Uniqlo confirms AIRism masks to be available in Philippines

Lung Center worker gets coronavirus 'from outside hospital'

Police chief to Trump: Please, keep your mouth shut if you can't be constructive

What Can I Do Today In Lockdown 1st June

Cardo vs Calida? SolGen hits back at Coco Martin over ABS-CBN closure