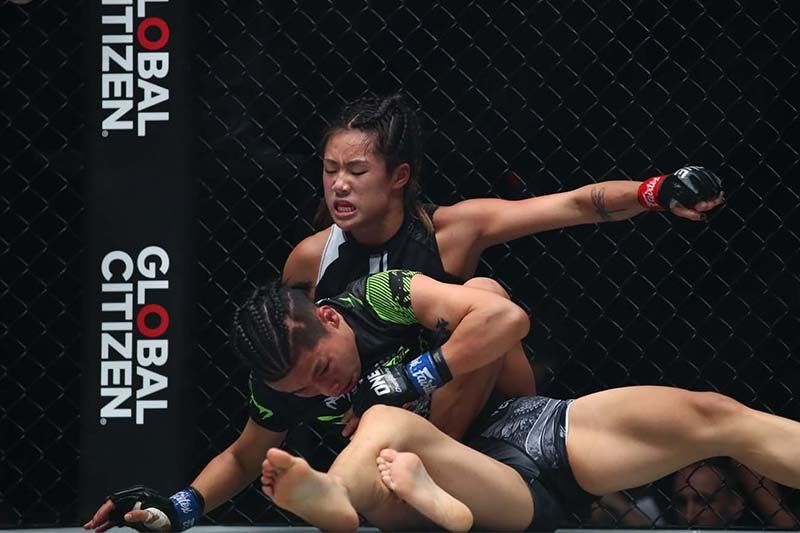 TOKYO, Japan — It was a successful night for siblings Christian and Angela Lee here on Sunday, both winning title fights in Part I of ONE: Century.

In the main event, Angela successfully defended her women's atomweight world title against rival Xiong Jing Nan after a rear naked choke submission in the dying seconds of the final round.

Her brother had earlier outbattled "Dagi" Arslanaliev in a three-round slugfest that ended in Christian's way via unanimous decision.

Christian had stepped in at the last minute for the injured Eddie Alvarez with only 10 days' notice before the fight.

The American smothered Kingad in the ground game with Johnson coming away with the dominant unanimous decision win.

Part I of ONE Championship's 100th show marked the first time the promotion has aired fights live in the United States.

Part II is set to begin at 5:00 p.m. Japan time (4:00 p.m. Philippine time). Three more Filipinos will see action in the second edition of ONE: Century.

Honorio Banario will attempt to bounce back after absorbing two straight losses when he faces Shinya Aoki.

In the co-main event, Kevin Belingon and Bibiano Fernandes will lock horns for their fourth meeting with Belingon hoping to take back the ONE Bantamweight World Championship belt.

The stacked fight fest will conclude with a Light Heavyweight title fight between Brandon Vera and Aung La N Sang.