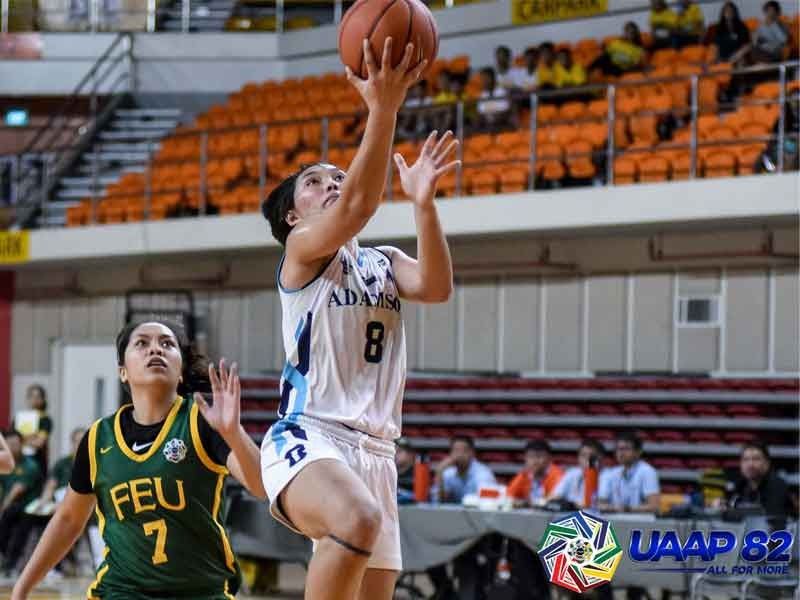 The Lady Falcons picked up back-to-back wins to rise to 8-4 — one-and-a-half games ahead of the Lady Tamaraws, who lost their second straight game.

Mar Prado followed up her 40-point output last Sunday with 26 points and 10 rebounds.

Complementing her was Lhyn Bilbao, who tallied 21 points and eight rebounds.

And the duo was pivotal in Adamson's fourth quarter rally.

After being limited to just two points in the first half, Castro scored 13 in the second half. She also hauled down 17 boards. Mamaril added 14 markers.