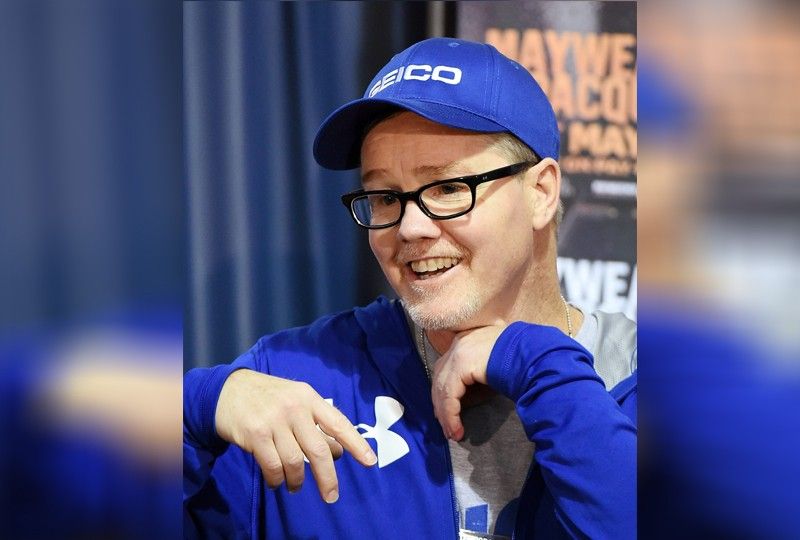 LOS ANGELES – Trainer Freddie Roach said yesterday it’s not his decision to make but if he had a choice in deciding who will be super WBA welterweight champion Sen. Manny Pacquiao’s next opponent, his pick is the former super WBA/WBC lightwelterweight and WBC welterweight titleholder Danny Garcia.

“I don’t know when Manny’s next fight will be,” said Roach. “I’m just waiting for a call. I don’t pick Manny’s opponents. That decision is entirely up to Manny. I heard Manny wants to fight in March or April. I think six weeks of training in L. A. will be enough for Manny to get ready. Anything more than six weeks might be risking a burnout. Manny knows his body better than anyone.”

Roach said Danny Garcia is a better choice than the other Garcia, Mikey. “Danny’s a better fighter,” said Roach. “Besides, Mikey’s coming off a loss to (Errol) Spence. If Mikey wants to face Manny, he should do another fight first, get a win then challenge Manny. Spence would’ve been a good opponent for Manny. But he got involved in a bad car accident. I was told he suffered a broken jaw and was ejected because he wasn’t belted. I don’t know how long is his recovery period. Spence isn’t as good as some people say he is. (Shawn) Porter gave him a tough time. Porter used to spar with Manny. He’s aggressive and strong. Porter’s coming off a loss like Mikey so he wouldn’t be a leading candidate for Manny’s next opponent.”

Roach said he would’ve watched IBF superflyweight champion Jerwin Ancajas in action if the fight hadn’t been cancelled. Roach will be in the corner of two fighters in the undercard where Ancajas would’ve fought at the Dignity Health Sports Park in Carson City this morning (Manila time). “I haven’t seen much of Jerwin like I haven’t seen much of (WBC superflyweight champion Juan Francisco) Estrada,” said Roach. “If they fight in a unification, it should be exciting. Is Estrada like Juan Manuel Marquez? I think anyone would be too cocky to call himself another Marquez.”

Danny Garcia, 31, has a 35-2 record, with 21 KOs. Born in Philadelphia to Puerto Rican parents, he turned pro in 2007 and has lost only to Keith Thurman by a split decision and to Porter by a unanimous verdict. In his most recent bout, Garcia stopped Adrian Granados in the seventh round last April. Mikey Garcia, 31, has held the WBO featherweight, WBO superfeatherweight, WBC/IBF lightweight and IBF lightwelterweight titles. Last March, he was outpointed by Spence in a bid to wrest the IBF welterweight crown. It’s the only stain in Garcia’s log book.