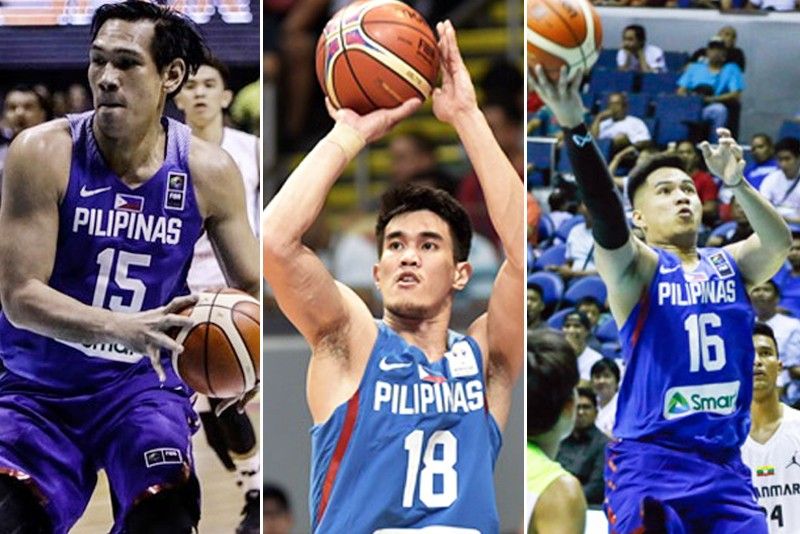 MANILA, Philippines — As FIBA Basketball World Cup opponents Serbia and Italy got good workouts in the Acropolis cagefest in Greece, Gilas Pilipinas is just beginning to assemble a full complement in its training sessions.

But the trio, who also missed Gilas’ Spanish training camp, finally showed up last night, giving coach Yeng Guiao a fuller crew at his dispoal and giving themselves less than two weeks to catch up on the squad’s preparations.

The 6-foot-7 Erram sprained his ankle after a bad landing but expressed confidence he should be ready again in a day or two. Wright, who’s tipped to play the gunner role with Marcio Lassiter out on a knee injury, had an inflamed peronial tendon and would undergo tests to see the extent of the injury.

“I think I can come back quick,” said Erram. “Coach has stressed the importance of staying healthy because we’re short in players as it is.”

Guiao said he understood why the troika couldn’t rejoin the squad as early as Monday, saying “they know what their bodies require” after the draining finals won by San Miguel over TNT KaTropa.

Guiao said he should be naming the Final 12 to the China worlds after their twin tune-up matches with Adelaide 36ers on Friday and Sunday.

“After the Australian series, we’ll meet and probably by (Aug.) 26 or 27 we have already finalized the team,” said Guiao, who hinted that 10 players already had a lock on their spots, leaving two more open.

“(The games against the 36ers are) crucial especially for the last two slot, and  because they will help us see what adjustments we still have to make,” he said.

Meanwhile, Serbia, the overwhelming favorite to in Gilas’ group in the Aug. 31-Sept. 15 worlds, flexed its muscles by dominating the four-team Acropolis International Basketball Tournament in Greece.