EAC barges into win column with stunner against LPU 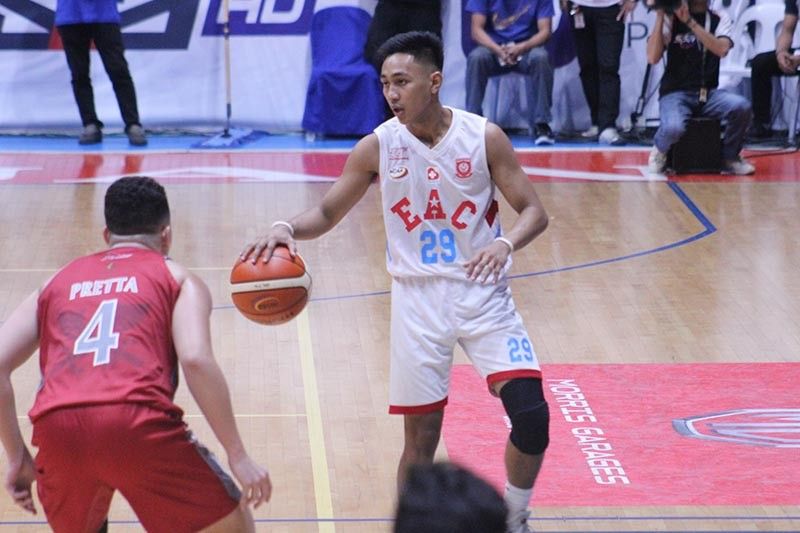 MANILA, Philippines — The EAC Generals scored an emphatic upset over the LPU Pirates, 84-82, to notch their first win in the NCAA Season 95 men's basketball tournament here at the FilOil Flying V Centre on Friday.

Banking on the hot-shooting of Marwin Taywan, the Generals were able to stun last year's runner-ups.

It was a clutch basket from Jethro Mendoza that ultimately sealed the deal for EAC to lead, 84-82 with 1.5 seconds left in the game.

EAC was on a groove to start the match, with Coach Topex Robinson's starters struggling to find any offensive rhythm.

But second-stringers Jaycee Marcelino and Reymar Caduyac provided the spark off the bench to give the Pirates the advantage at the end of the first, 22-14.

EAC was able to play at pace with the Pirates and take the lead at halftime, 40-39.

It was a big third quarter from Taywan, Mendoza and JP Maguliano who blew the game wide open for the Generals.

EAC led by as much as 18 in the third canto.

But the Pirates weren't about to take the beating sitting down.

Jaycee Marcelino took over at the start of the fourth quarter to get the Pirates back into the game.

But the Generals were able to do just enough to keep the LPU comeback at bay and hold on for the win.