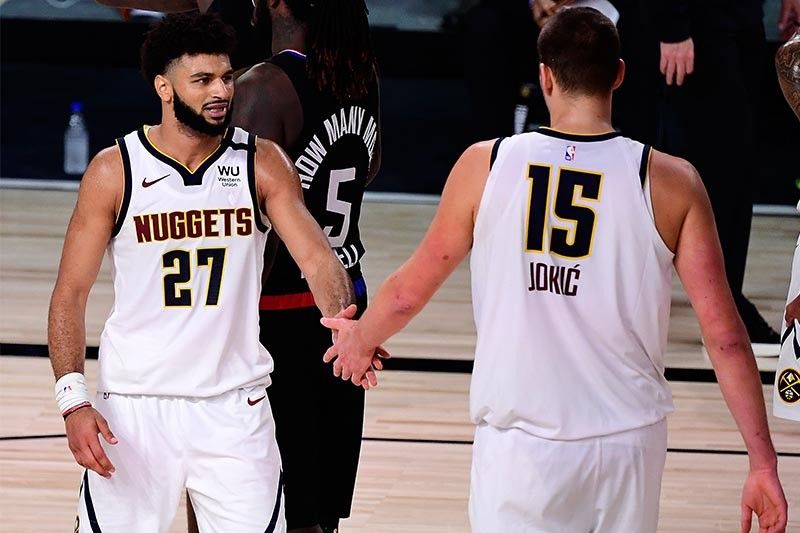 MANILA, Philippines — The Denver Nuggets have done it again, storming back from a 1-3 deficit to win their best-of-seven series against the Los Angeles Clippers, 104-89, on Tuesday (Wednesday, Manila time).

A 22-6 run in the third quarter by the Nuggets shifted the game's momentum to their side and kept their hold on the lead with a vice grip until the final buzzer.

The Nuggets led by as much as 20 points in the final quarter.

They become the first team to comeback from two 1-3 series deficits in a single playoff run.

Denver will now face the Los Angeles Lakers in the Western Conference Finals.

Jamal Murray was clicking on all cylinders on offense, top-scoring with 39 points.

Meanwhile, big man Nikola Jokic manned the playmaking with a triple-double of 16 points, 22 boards and 13 assists.

Jokic notched the triple-double in the third quarter, becoming the first-ever player to do it in three quarters during a Game Seven since the play-by-play era.

Clippers stars Kawhi Leonard and Paul George both struggled under the pressure of Game Seven, combining for only 24 points with more than 30 minutes of playing time each.