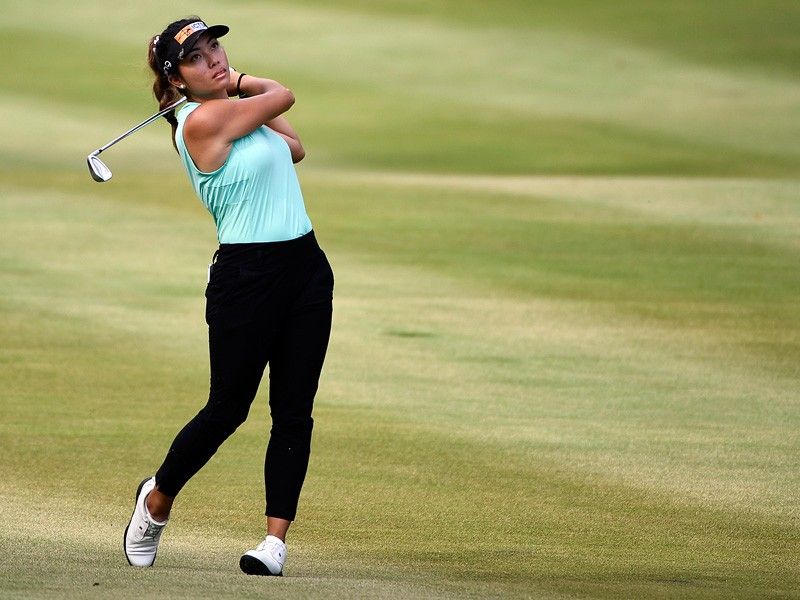 MANILA, Philippines – As she sustained her fine showing in the LPGA, rookie and Tour’s driving leader Bianca Pagdanganan continued to gain headway in the world rankings, moving to No. 151 on the strength of her strong third place finish in the Drive On Championship in Georgia Sunday.

Her 82-spot leap from No. 233 following her joint ninth effort in the KPMG Women’s PGA two weeks ago also proved to be the best in the week where Koreans Jin Young Ko and Sei Young Kim and American Nelly Korda kept the Top 3 positions and Yuka Saso stayed at No. 74.

She has 0.76 average points from 26.72 total points out of seven tournaments.

Pagdanganan, who turns 23 Wednesday, also posted a record 479-rung jump from No. 712 to No. 233 during the PGA week, eclipsing the earlier feats of German Sophia Popov, who climbed from No. 304 to No. 24 for a 280-rung leap after ruling the British Women’s Open last August.

The ICTSI-backed ace also moved up to No. 56 from No. 84 with two top 10 finishes worth 353 points in the Race to CME Globe Season derby paced by two-leg winner Daniella Kang of the US.

“I like where my game is headed,” said Pagdanganan. “I haven’t struck the ball this good in awhile so there are still lots of positives to take away this week.”

American Meaghan Francella, then ranked No. 330 in the world, set the previous biggest jump in rankings when she ruled the LPGA Tour’s MasterCard Classic in 2007, gaining 253 rungs for No. 77.

Though she made the cut in her first six tournaments in the world’s premier circuit, Pagdanganan, also backed by Skyflakes, Ping, Titleist, Footjoy and Swingdish, actually struggled in the first four events, teeing for 28th in her pro debut in the Drive On Championship in Ohio for a No. 798 world ranking.

She hardly improved to No. 733 with a tied for 59th finish in the Marathon Classic, also in Ohio, shared 71st in the Walmart NW Arkansas in Arizona, and dropped to No. 749, then finished at joint 64th in the Portland Classic in Oregon.

But all that changed after her remarkable PGA showing then she followed it up with a more impressive stint in Drive On that also saw her contend for the championship.

Meanwhile, with her 300-plus-yard bombs in Drive On, Pagdanganan has increased her lead in the average driving distance by six on a 288-yard norm. Former leader Maria Fassi of Mexico and Dutch Anne Van Dam kept the next two spots with 282 and 281 yards averages.