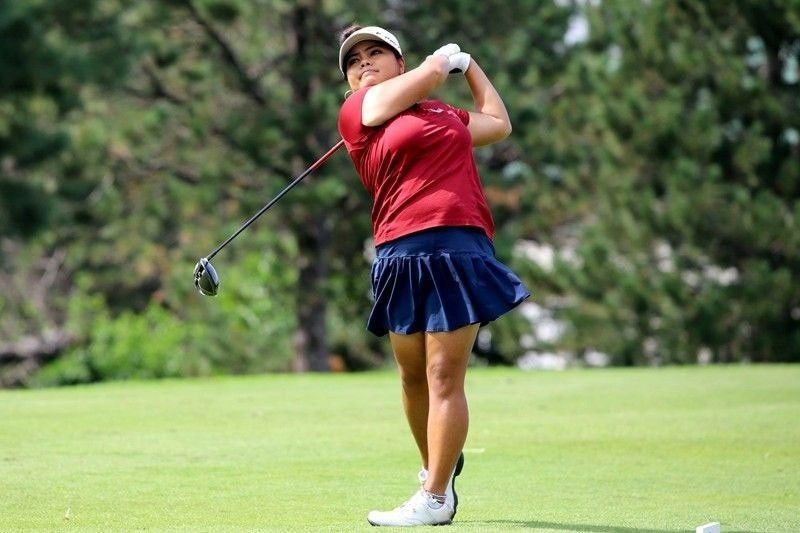 MANILA, Philippines — She broke through her longest pro golf drought due to lockdown and, in the process, locked in a berth in the AIG British Open.

Filipina pro Dottie Ardina had languished at home for over 60 days because of the COVID-19 pandemic. But she made a smashing return to form Sunday with a superb four-under 67 in the final round of the Marathon LPGA Classic in Sylvania, Ohio.

The 26-year-old Ardina not only finished joint 20th with a six-under 278 but emerged No. 8 overall after delisting those who have been seeded earlier in the British Open. The Open is slated Aug. 20-23 at the fabled Royal Troon Old Course in Scotland with $4.5 million as prize money.

“It was a grinder early but I worked on it and found my tempo and rhythm and became more comfortable again,” said Ardina.

Missing the cut last week in the Drive On Championship, also in Ohio, the Canlubang ace started out in the Marathon Classic with 72-70 rounds.

“After spending extra time on the range Friday, she knew which part of her game needs to improve and she made a tremendous comeback in the last two days,” said her longtime caddy, Jay Davey.

By this time, another Filipina, rookie pro Bianca Pagdanganan, was making a big splash early in the season with her nerve-wracking power game. She could unleash 345-yard drives and was soon hailed the season’s longest hitter.

Meanwhile, the veteran Ardina methodically gained ground on the top contenders and closed out her stint with a 69 and 67, spiking her final outing with five birdies and a bogey to earn her passage to the British Open with a joint 20th finish.

“She’s excited to be back in competitive golf and looking to build on more confidence as the year goes,’’ said Davey.