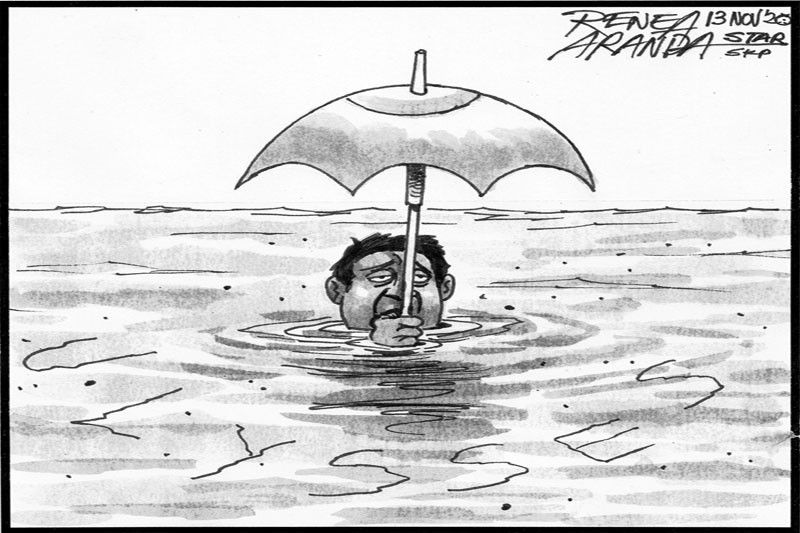 Perhaps people are still too preoccupied with the COVID pandemic. Perhaps the relatively calm passage in Mega Manila of Rolly, classified as a super typhoon when it made landfall in the country’s eastern seaboard, lulled people into complacency.

When the weaker Typhoon Ulysses approached this week, there were people who shrugged off the Storm Warning Signal No. 3 that the weather bureau hoisted over the National Capital Region. Disaster risk officials raised the red warning for rainfall, floods and landslides in the NCR and neighboring provinces. Local governments urged residents to move to evacuation centers.

Before dawn yesterday, as Ulysses lashed Mega Manila, rivers began rising rapidly. People were roused from sleep by howling winds and rampaging floods that rose swiftly, forcing residents to clamber to their second floors and then to their rooftops with whatever belongings they could bring with them. Evacuation centers, with tents to maintain social distancing, quickly filled up.

The typhoon blew out power in many areas along its path. It took about 10 hours to restore the electricity in many areas, but these were the luckier ones; flooded communities would have to wait for the water to sufficiently subside before they can get back power service. Without power, there is no home internet, and in certain areas, water pumps can’t work.

Office work and classes, already restricted to distance learning, remain suspended today in the disaster zones. While warning messages were issued regularly by relevant agencies and local government and disaster response personnel were up around the clock, it is clear that disaster preparedness can still use ramping up. The prediction of the amount of rainfall, for example, can still be improved.

Affected residents said the flooding was worse than during Typhoon Ondoy. Previous powerful cyclones have shown the areas that are most vulnerable to torrential floods in Metro Manila and neighboring regions. Better temporary shelters can encourage timely evacuation. Vulnerable households need assurance of the safety of their homes from burglars in case they evacuate.

At least three more tropical cyclones are expected by the weather bureau before the year is over. Ulysses should provide lessons on better preparedness.