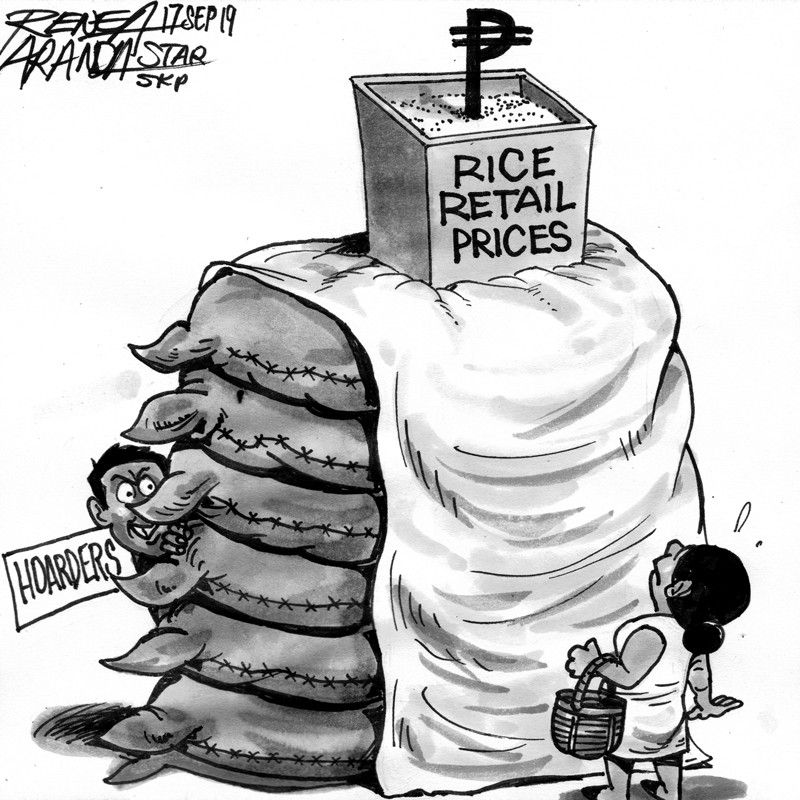 Since Republic Act 11203 or the Rice Tariffication Law took effect seven months ago, the Department of Agriculture estimates that some 2.4 million metric tons of rice imports have arrived in the country. The flood of imported rice has brought down retail prices – but still not low enough, according to DA officials, considering the enormous amount of imports.

For local rice farmers, the avalanche of imported competition has spelled disaster for their livelihoods, with palay prices plummeting to as low as P6 per kilo in some areas from the P17 to P20 before quantitative restrictions on rice importation were removed.

As the government scrambles to save local farmers, DA, trade and competitiveness officials are reportedly looking into the possibility that rice traders are holding on to their imported merchandise to put the brakes on falling retail prices. Officials stress that with the “unli” rice importation, retail prices should have dropped lower than prevailing rates. The officials are studying whether such moves constitute hoarding, price manipulation and cartel-type operations.

Some rice traders argue that like any businessmen, they must manage their stocks and pursue the best prices for their return on investment. Being the country’s staple, however, rice is no ordinary commodity. It is vested with public interest, and the pursuit of ROI therefore must be within reasonable limits.

When public interest and national food security are put at risk, the ordinary pursuit of business profits can be deemed to be profiteering and holding on to stocks may be considered hoarding. Authorities must draw the line, with the greater good as the principal consideration, and go after hoarders and profiteers.