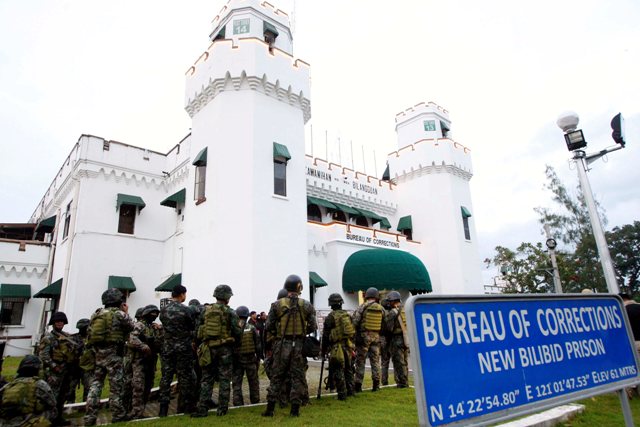 “The road to hell is paved with good intentions” and now the very same good intentions of those legislative do-gooders who wrote RA 10592 has led to the release of thousands of demons from the hell we call Bilibid.

Unfortunately, the lawmakers who wrote and passed RA 10592 are not stepping up to comment or make clarifications regarding the allegedly confusing piece of legislation they wrote into law. While Senators grill Usec. Nicanor Faeldon for signing the release papers of an estimated 2,000 demonic prisoners who committed heinous crimes, Senators seem to have overlooked the need to ask what was the intent of lawmakers who crafted and passed the GCTA or Good Conduct Time Allowance law. Equally bewildering is that no one from the Supreme Court has stepped out to validate, challenge or shed light on whether the Bureau of Corrections correctly or erroneously applied the law and based on what process if any?

Instead of questioning BuCor officials who will deny or lie, why not invite the magistrates to counsel the Senate on the spirit or intent of the Supreme Court directive on the GCTA. Invite one or two Supreme Court justices to clarify if the GCTA spells out the process of prison term deduction, what is the rule concerning prisoners involved in heinous crimes or repeat offenders? What are the heinous crimes covered under the GCTA? Is DOJ Secretary Menardo Guevarra correct in saying that the law or the Supreme Court guideline is confusing? While the rule says convicts may avail of GCTA, the very law clearly stated that those who have committed heinous crimes or repeat offenders are excluded from the GCTA coverage. By doing this both houses of Congress could amend the law much faster than the SC could introduce corrections in its interpretation.

Did the law or the subsequent interpretation of the Supreme Court provide guidelines for the release and eventual integration of criminals to the general population, or has our Justice system deteriorated into a policy of “catch and release” that is done by sports fishermen? Is there even a provision that requires ex-cons to register themselves as a convicted sex offender or a convicted kidnapper or multiple-murderer the same way such criminals are required to report to local authorities in any community they move into in the United States. Given how much the Bureau of Corrections are protecting and hiding the identity of those released convicts, how are people suppose to know that they are living next to, working with, or entering into a relationship with a serial rapist or serial killer or kidnapper?

As far as calls for the resignation of Nicanor Faeldon is concerned, people should memorize the popular verse that goes: “Fool me once shame on you – Fool me twice shame on you.” Nic Faeldon has stepped into serious controversy twice beginning with the Bureau of Customs and now at the Bilibid. Even if he is not corrupt, there is enough history to assume that he is incompetent to lead highly sensitive organizations that are prone to corruption. I know that Senators and people in general want Faeldon to resign in order to prevent him from releasing more prisoners or as some suspect from profiting from the GCTA. But Faeldon is not alone in this desecration of Justice. Anybody and everybody inside BuCor who had a hand or involvement in the illegal release of convicts involved in heinous crimes should be removed and charged including officials at the Department of Justice who are guilty of omission by ignorance or commission by allowing the release of disqualified convicts!  Special attention should also be given to the officials who refused to give the names of released convicts, forcing Senator Lacson to tap his insider in Bilibid and BuCor. That is either contempt for Congress or obstruction of justice. That alone shows the impunity of BuCor officials who wave their interpretation of the law as if they wrote it themselves!

As much as I would like to spare DOJ Secretary Menardo Guevarra more headaches, I believe that he too should be asked to resign simply for failing to see such a large-scale anomaly in the release of thousands of prisoners. The mere fact that victims are denied the right to know or to contest the release of heinous crimes convicts and the fact that the law hides the identity of convicted criminals is already a violations of victims’ rights and the people’s right to know. Secretary Guevarra could just as easily have consulted with the Supreme Court or the authors of Republic Act 10592 to make sure that there would be no irregularities, doubts or questions on the BuCor’s interpretation of the GCTA law. As it stands, Secretary Guevarra is now pointing at everyone else except himself. It is sad to realize that cabinet members in the Duterte administration generally suffer from the inability to take blame or responsibility. It is always the fault of a Usec, Asec, director, the media, but never theirs. Problems may be not totally their fault but as executives and leaders, it reveals that they are not paying attention and excel mostly in covering their ass or claiming innocence by ignorance.

Watching the Senate investigation on the GCTA anomalous releases is a very painful thing to do. Every discovery and revelation shows how incompetent or corrupt people can confidently defend their large-scale anomalous acts with impunity. Like I said in my last column it is time to demolish Bilibid and to overhaul the Bureau of Corrections. The illegal release of 1,914 prisoners convicted of heinous crimes is not just about graft or corruption it is the Rape of Justice in the Philippines!

No room for complacency

No room for thievery