Illnesses are causing a state of calamity 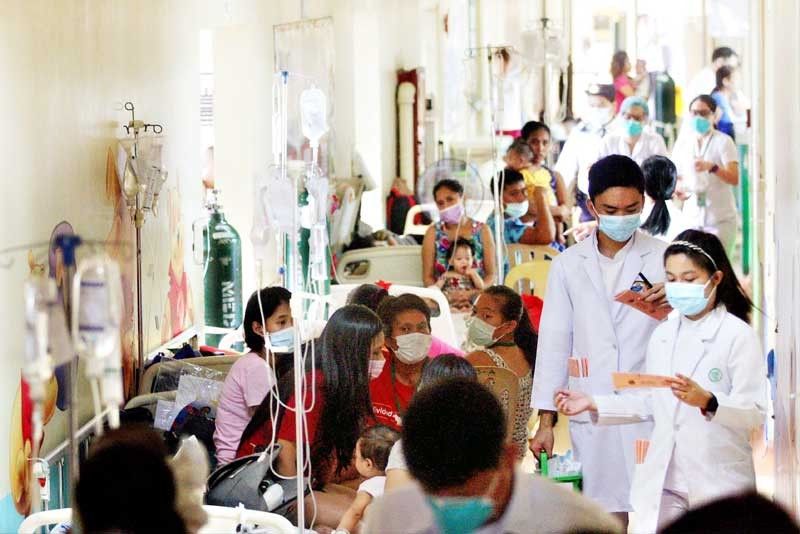 Every year when it’s rainy season, the Department of Health always issues the same warnings about rainy day diseases. Indeed, the rains usually herald the start of intensive cold and flu season, leptospirosis, and the mosquito-borne diseases like dengue and chikungunya. Even though the same thing happens every single year, it seems like we are no closer to finding concrete preventive measures for these diseases that work.

Unfortunately, the sad fact is that so many parts of the Philippines are cesspools for diseases due to unsanitary conditions and extremely cramped living spaces. People who are more at risk for these types of illnesses are those who live in poor urban areas where sanitation is the worst and people are squeezed so close to one another – breathing the same air and sharing germs through coughs and sneezes.

It’s sad that we have to go through the same thing yearly. As hard as we try to keep dengue at a minimum we still seem to suffer from outbreaks all the time. All we can do is try to wear mosquito repellents, clean our surroundings as best as we can, burn katol, and wear long sleeves and pants to keep the mosquitos at bay.

Still, despite all the precautions, dengue cases are still on the rise. And I’m sure we don’t even have all the statistics. In the Philippines it’s always hard to get a look at the real picture because we can only log in the cases that were recorded in the hospitals and clinics in the different barangays. These are just a portion of the real numbers. There are definitely still so many more that go unrecorded.

Several provinces have already declared a state of calamity and the latest in a growing list of areas under calamity is Parañaque, which is very near to where we live. In fact, as of last August the Department of Health (DOH) declared a national dengue epidemic as cases of the mosquito-borne illness have continued to rise in the country. Overall, more than 145,000 deaths due to dengue have been recorded from January to July, a number that is 98% higher than the recorded incidence during the same period last year.

We aren’t improving, it seems as if things are only getting much worse. This is potentially because the virus is mutating and getting stronger – not to mention bigger populations, more crowded and unsanitary living conditions, and just too little too late efforts when it comes to preventive measures.

We’re going to have to double down on being careful and hope that we don’t get bit. Remove mosquito breeding grounds, avoid going out at dawn and dusk, slather our families in mosquito repellent, and hope for the best. At the very least, dengue is not contagious. Still, it saddens me to read about the many deaths dengue has caused. In this day and age, people should not be dying from this disease. Especially the kids.

And speaking of diseases that we should not be dying from, I was both shocked and extremely disappointed to read that after years of being eradicated, polio has once again emerged in the country.

This is unbelievable and absolutely appalling. On the heels of the new recorded cases of polio, the World Health Organization (WHO) issued a reminder that all children younger than five need to receive the vaccination against polio. Sadly for many years these vaccinations were given to children as part of the standard vaccination package for the early years.  These days, parents are having second thoughts due to some unsubstantiated claims that vaccines cause autism or worse – death. What happened with the dengue vaccine also does not help set parents’ mind at ease.

I believe in scientific evidence. There is no proof whatsoever that the tried and tested vaccines – including the polio vaccine – are any danger to children. If parents choose to not give their children this, they are putting them at risk of a deadly disease unnecessarily.

What’s worse is that they are also putting other children at risk too. Years ago before vaccinations came into question, the bulk of children were vaccinated and this created “herd immunity” protecting the children who, for one reason or another, could not receive the vaccine. That is no longer the case. So a child who can’t receive the vaccination, even though they want to, is put at risk simply because so many young parents now believe in unproven claims.

This saddens me. There is absolutely no reason that polio should once again be a problem in the country. We have already been polio free since 2000 and instead of improving we are backsliding. I hope that the DOH takes an aggressive stance on properly educating the public on the consequences of not vaccinating their children. If they can take all the scientific evidence for proven vaccines and share them with the public then at least parents can make fully informed and educated decisions about vaccinating their children.