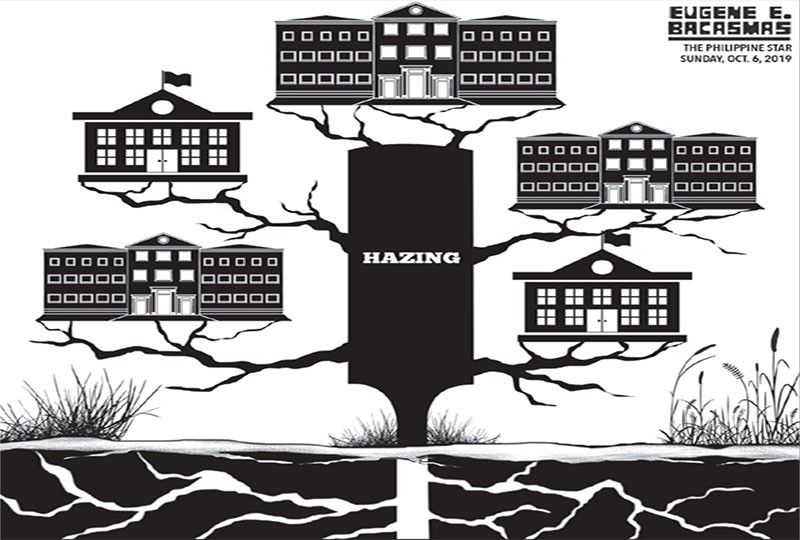 Considering the culture and the environment, perhaps President Duterte was just being realistic when he said that violent fraternity initiation or hazing is here to stay.

This, however, shouldn’t be seen as a statement of surrender. Law enforcement and the toughest penalties have not completely eradicated any crime. The President himself has said that drug trafficking will continue beyond his administration – an acknowledgment that it is not possible to deliver on his campaign promise of eradicating the drug menace whether in six months or the six years of his watch.

Certain crimes are committed out of necessity; some arise from greed. The lure of big money in drug trafficking has made people risk capture, incarceration and even capital punishment. Other crimes are perpetrated due to psychological or emotional problems, the influence of drugs or alcohol, or twisted concepts such as those behind fraternity and sorority hazing.

Around the world, the continuing commission of crimes has led to the crafting of relevant laws as well as better ways of crime prevention and control. Scientific methods of criminal investigation have led to the conviction of killers and rapists and at the same time have saved innocent people from capital punishment. Technological developments have improved surveillance and strengthened the fight against terrorism and human trafficking. International cooperation and better regulation have boosted the fight against money laundering. Laws and weapons against cyber crimes are evolving with the technology.

Yes, hazing may be here to stay. But if the perverted sense of brotherhood and sisterhood that leads to violent initiation rites will persist, there should also be no let-up in the efforts to prevent them from happening. Environments that enable the beastly hazing to thrive can be changed. There’s a new law that can save people – especially youths – from death and serious injury. The new law has stronger wording, wider coverage and tougher penalties against hazing, and it deserves to be fully implemented.