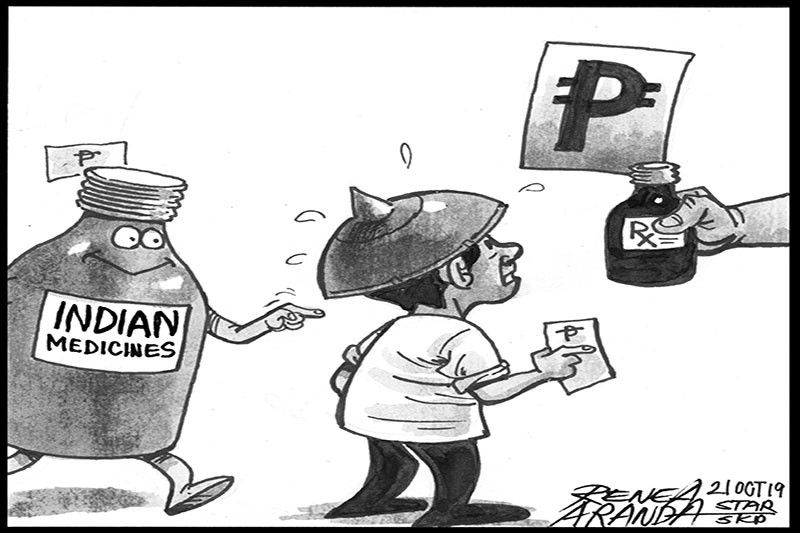 Since the country is already buying many types of medicines mostly generic from India, it’s a good idea to have Indian pharmaceutical companies set up operations in the Philippines. During the visit of India’s head of state, President Ram Nath Kovind, President Duterte called for Indian investments in pharmaceutical manufacturing.

India is renowned for its affordable public health care, which includes low prices for medicine. When the Philippines passed the Generics Act of 1988, requiring the prescription of generics alongside branded medicines, the importation of certain widely used drugs was also encouraged to bring down local prices. Most of the drugs were procured from India.

Today there are continuing complaints about the high prices of certain types of medicines compared to their costs in other countries including advanced economies. Apart from inviting Indian firms to invest here, the Philippine government should also study measures that will encourage the development of a local pharmaceutical industry.

There are already several homegrown companies in this sector, but there is still a wide room for growth. The initial investment is considerable, even if only for the manufacture of drugs whose international patents have lapsed. For developing groundbreaking medicine, substantial investment is needed for research and development.

The Department of Science and Technology as well as the science departments of the University of the Philippines have been undertaking invaluable R&D particularly on indigenous plants, which local companies can tap for producing drugs. Local scientists have also developed medical devices, such as the dengue-testing kit, for mass production.