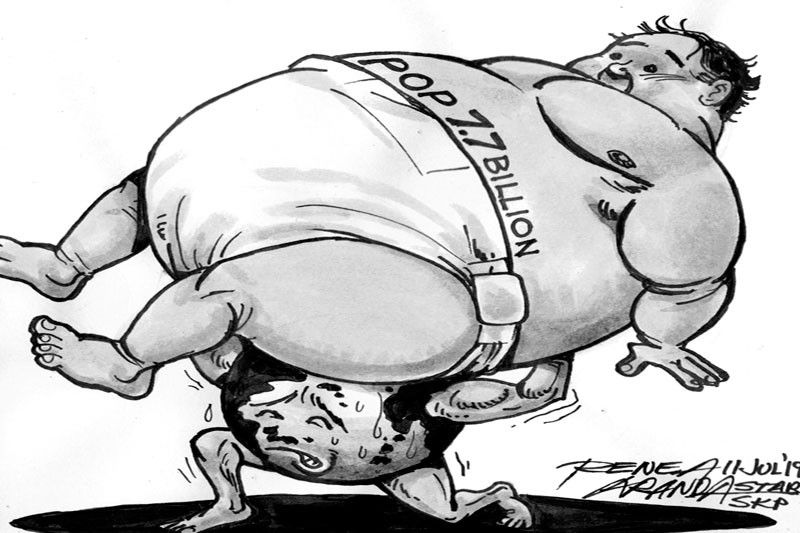 Thirty-two years ago today, the global population hit five billion. Today, with 7.4 billion people on the planet, and 83 million added every year, the United Nations estimates that by 2030, the world population will hit 8.6 billion.

That’s a lot of people competing for limited resources. Meanwhile, the United Nations estimates that every day, about 800 women around the world die of complications related to pregnancies.

In 1989, two years after the so-called Day of Five billion, the UN began observing World Population Day on July 11. In 1994, Egyptian capital Cairo hosted the International Conference on Population and Development, during which 179 governments recognized that reproductive health and gender equality are critical in attaining sustainable development. Achieving the unmet goals of the Cairo conference is the message in this year’s observance of World Population Day.

With the Philippine population approaching 105 million, President Duterte has made implementation of the Responsible Parenthood and Reproductive Health Act of 2012 part of his socioeconomic agenda. Legal obstacles, however, derailed his program, even with his signing of an executive order to push for its implementation.

With those legal obstacles now out of the way, and with those in charge of family planning coordinating not just with RH advocates but also with the Catholic Church, the only question is how efficiently the government can implement the program.

Contraceptives have been around for decades in this country and the information is available for spacing childbirths. But the right to reproductive health and the ability to make an informed choice on family size are limited to women with financial means and sufficient education. The RH law seeks to empower all women to make that choice and to enjoy reproductive health.

At the same time, the government must give more attention to the role of men in planning family size and promoting women’s reproductive health. If population growth is to be tamed, women must not bear the entire burden. A stronger push is needed to achieve the population goals set in Cairo 25 years ago.