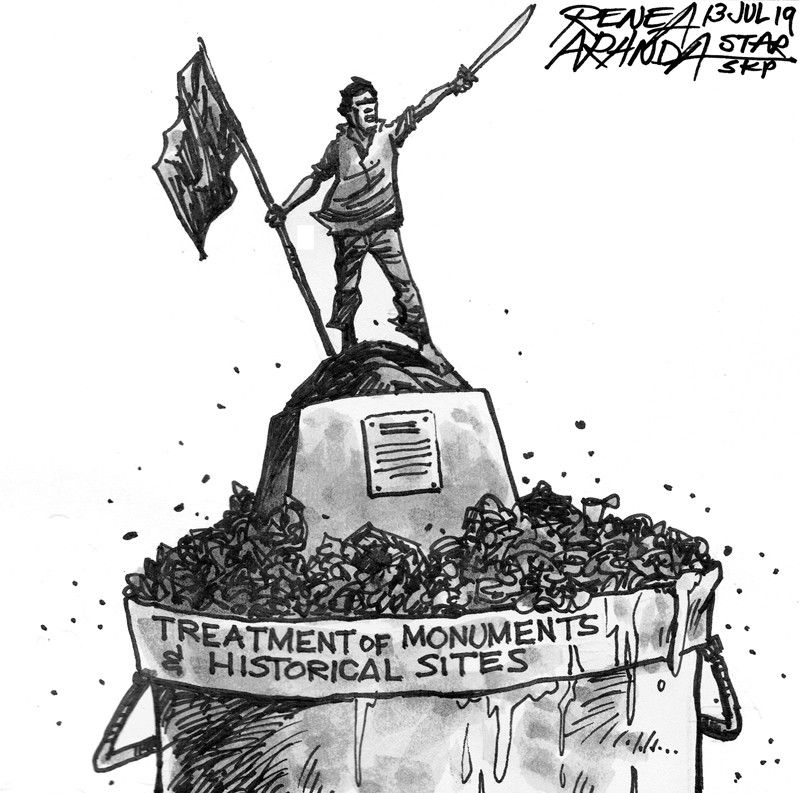 What good are shrines honoring the country’s heroes if these are turned into dumps? The police commander in charge of Lawton, site of the Bonifacio Shrine just a stone’s throw from the Manila city hall, has been sacked by the new mayor of the city. Isko Moreno ordered the relief of Lt. Rowel Robles last Wednesday after the mayor accidentally stepped on human excrement during a visit to the shrine named after revolutionary hero Andres Bonifacio.

The area around the shrine as well as Liwasang Bonifacio in front of the Central Post Office have long been favorite spots for street dwellers, vagrants and rugby sniffers. Muggings have been reported in the unlit area under the overpass beside the shrine. Lights were installed in Liwasang Bonifacio by the previous city administration, but the park continued to cry out for a cleanup.

The other day, the public saw what a good hosing down could do. Andres Bonifacio must be smiling in his grave.

The shrine built in his honor no longer looked like “the biggest toilet” as described by Moreno. The challenge is to sustain the cleanliness and to keep the shrine and the adjacent Liwasang Bonifacio looking like a park, in one of the busiest areas in one of the most crowded cities in the country.

A bigger challenge is to maintain that level of cleanliness and safety in other shrines across the country dedicated to heroes. Shrines and parks contribute to livability in a community. These must be maintained as areas of relaxation and recreation. In crowded urban centers, they serve as patches of greenery, helping city dwellers breathe easier.

Proper maintenance is all the more important when the shrine or park is dedicated to a hero. Regular park maintenance also creates jobs for the poor. Andres Bonifacio was from the ranks of the working class. If the cleanup of his shrine could be maintained, he would be immensely pleased.