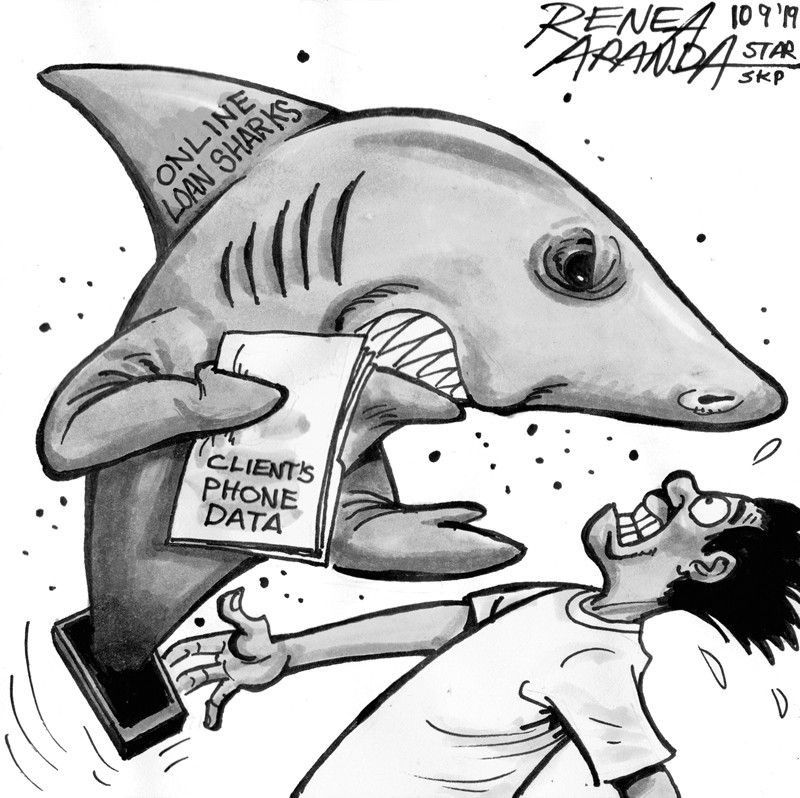 The internet has been an enabling force for learning, commerce, entertainment and many other positive activities. But it has also facilitated evil, including terrorism, hate crimes and pornography.

And it has facilitated various forms of bullying. Last week the National Privacy Commission announced it would file charges against three online lending firms for resorting to public shaming to go after clients with delayed payments. The NPC said the shaming violated the Data Privacy Act of 2012, and it appears to be gaining popularity as a tool for debt collection.

Loans must be repaid and at the promised time, and there are people who deliberately engage in swindling. There are laws against defaulting on loans, and perpetrators face appropriate punishment, whether the inability to pay was done with criminal intent or simply due to unfortunate circumstances encountered by the borrower.

For borrowers who may have valid reasons for being late in repaying loans, lending schemes must leave some elbow room to meet payment deadlines. Monetary penalties can be imposed on a graduated scale for delayed payments. Bank charges are already automatically imposed for bouncing checks. For non-payment, lending firms can slap estafa charges.

Litigation in this country, unfortunately, is expensive, complicated and can take two decades to resolve with finality. This could be why some companies opt for what they think is a more effective way of collecting from debtors: cyber shaming.

This, however, can violate privacy and cyber crime laws. NPC officials point out that the methods employed by the three companies were abusive and excessive for the offense. Both borrowers and online lending firms should learn lessons from this case.