Back to polio vaccination 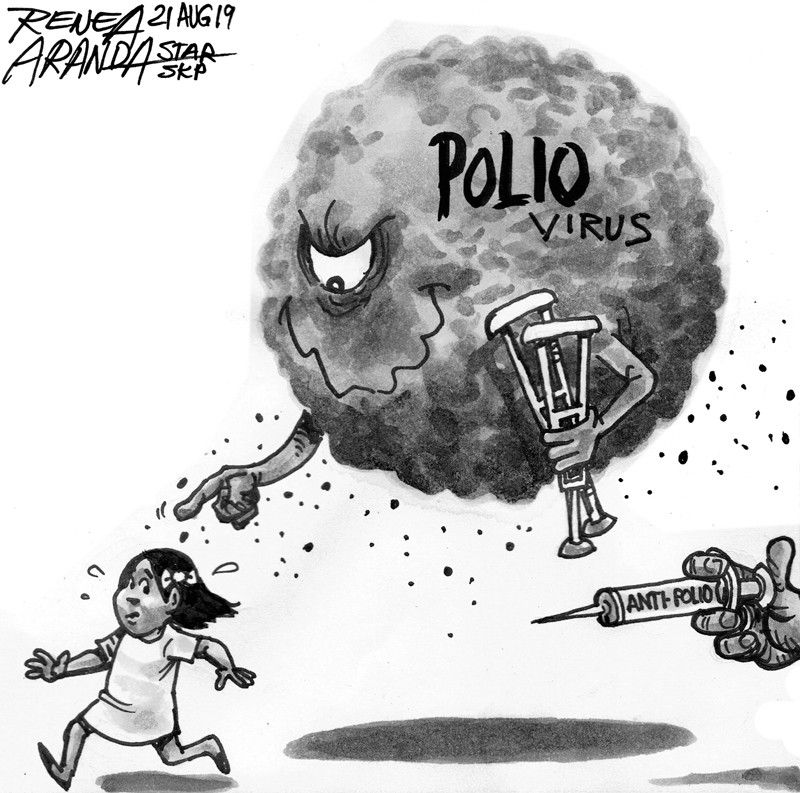 It’s just as well that parents are starting to get over the anti-vaccine hysteria and are bringing their children to immunology teams. The measles immunization program is getting back on track, unfortunately after more than 500 deaths in the first five months of the year alone. The other day, the Department of Health launched a fresh anti-polio immunization drive.

Thanks to a decades-old immunization program, the Philippines was declared polio-free as of October 2000, but health officials have warned of the possibility of a resurgence. Poliomyelitis, or infantile paralysis, can strike not just children below five years old but also adults who have not been immunized.

It’s a highly infectious viral disease with no cure. Once it invades the nervous system, it can cause permanent paralysis in a matter of hours, the WHO warns. Breathing paralysis can cause death. Transmission is people-to-people, through contaminated feces or food.

In 1998, the World Health Organization launched the Global Polio Eradication Initiative. Over the next two decades, approximately 20 million volunteers have administered to over three billion children worldwide the oral polio vaccine. Since the launch, the WHO estimates that polio cases worldwide have dropped by as much as 99 percent.

That achievement can be reversed in the Philippines by public hysteria over all types of vaccines, arising from the controversy over the anti-dengue vaccine Dengvaxia. The nation has some idea of the damage done by the hysteria, with the measles outbreak claiming hundreds of mostly young lives.

The controversy over Dengvaxia rages, but there is no question about the efficacy of the vaccine against polio. Health authorities must see to it that no one is missed by the renewed campaign against a debilitating, deadly disease.