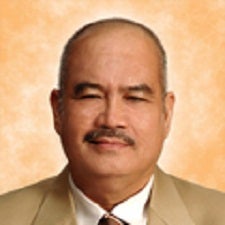 Zamboanga del Sur Gov. Antonio Cerilles said he agreed that election-related violence in his province had increased but he questioned the manner in which the police were addressing the situation.

“Excessive force was used against our innocent people. I see foul play here and we are not going to stay silent with these abuses from our police personnel,” Dimataling Mayor Maria Dolores Baya told the Inquirer.

Baya said the raid had caused undue anxiety among the residents of the town’s 24 villages and demanded that the police explain.

Baya said Tambus was a tribal leader of the Subano tribe while Tulba, of Kumalarang town, was only visiting the wake of a friend when he was hit by a stray bullet.

Eliseo Abria, a barangay council member, said residents of the small village (population 800) were traumatized by the police attacked on their community “in the guise of serving a search warrant.”

Tagadiad said four of the five people subjected to search warrants for alleged illegal possession of firearms and explosives were village leaders in Baluno.

The widows and the immediate families of Tambus and Casocot are demanding justice for the senseless killing of their loved ones.

Norma Casocot, 50, wife of slain village chief Casocot, said armed men barged into their house and killed her husband  in front of their her 11-year-old granddaughter.

Casocot was shot twice on his belly while he was lying on the ground at the front yard of their house, she said.

Norma appealed to President Duterte to help them find justice for the killing of her husband.

Col. Redentor Retusto, the Zamboanga del Sur provincial police chief, claimed that upon arrival in the house of Casocot, “armed men, referring to Casocot and several others opened fire [at] the PNP (Philippine National Police) team.”

The Dimataling police chief, Capt. Jake Capitly, refused to enter the incident in the police blotter, purportedly upon the order of Retusto, Baya said.