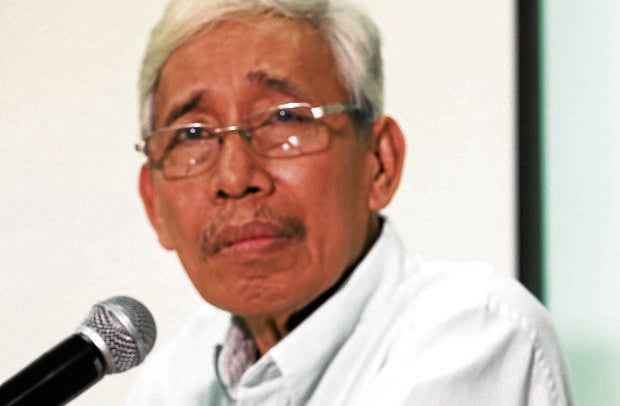 MANILA, Philippines — A member of the paralegal team seeking to claim the body of National Democratic Front of the Philippines peace consultant and Anakpawis party-list chairperson Randall “Randy” Echanis was arrested by police in Quezon City on Tuesday.

Former Anakpawis congressman and now vice chairman of the party-list Ariel Casilao confirmed that Paolo Colabres was arrested at about 2 a.m.

Colabres is part of a quick reaction team composed of various militant organizations to process the release of Echanis remains.

“They illegally arrested him and charged him of so-called obstruction of justice,” he said in a phone call with INQUIRER.net.

Casilao said Colabres was brought by the police to the Quezon City Police District headquarters at Camp Karingal.

The arrest came after and his neighbor were killed inside his rented house in Novaliches, Quezon City early Monday morning.

In a statement Monday night, , wife of the slain NDFP consultant, said more than 10 officers of the QCPD La Loma Police Station took the body of his husband from a funeral parlor where she had the cadaver transferred.

She added she , which bore torture marks, multiple stab wounds and gunshot wounds.

Casilao said the police officers who took the body claimed there wasn’t a release order for the body yet “from the higher-ups.”

“The paralegal insisted that the release order should be made from the court if there is any. And if it is still an ongoing investigation, they can conduct an investigation at St. Peter’s Funeral Homes,” he also said, referring to the funeral parlor where Echanis’ family brought the cadaver.

“The paralegal, Mr. Paolo Colabres, asserted such legal assertion. The police were annoyed, or for lack of argument siguro (maybe), they illegally arrested him,” he also said.

QCPD director Brig. Gen. Ronnie Montejo earlier said that the body discovered at the crime scene belonged to a certain Manuel Santiago, as they found identification cards bearing his name. Another body, which had a Sputnik Gang tattoo, was likewise found in the room.