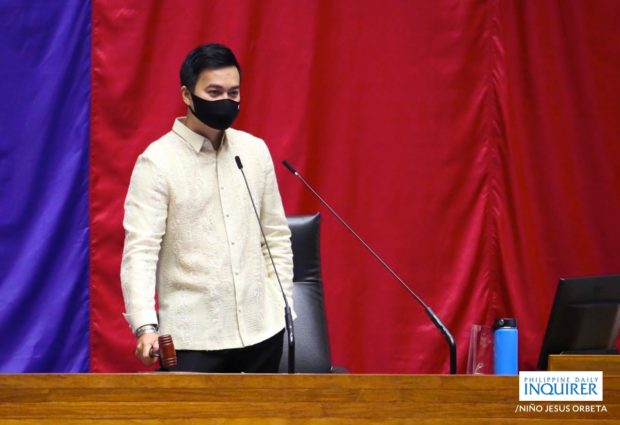 MANILA, Philippines — Speaker Lord Allan Velasco on Sunday backed the declaration of a climate emergency in the country to encourage swift action to combat climate change and its impacts.

Velasco made the remark after the House committee on disaster resilience adopted House Resolution No. 535 expressing the will of the lower chamber for the declaration of a disaster and climate emergency in the country.

Velasco said the declaration would compel the government, including Congress, and other stakeholders to place climate change at the center of their policy and planning decisions.

“Declaring a climate emergency means recognizing that climate crisis is the fight of our lives and that there is an urgent need for a massive-scale mobilization to protect Filipinos and the environment from climate change and its devastating impacts,” Velasco said in a statement.

This came after the Philippines was ravaged by a series of typhoons, specifically Supertyphoon Rolly and Typhoon Ulysses, which claimed 73 lives and caused the worst flooding in Metro Manila and Cagayan Valley in years.

Velasco said the destruction brought by the typhoons has “made it imperative for the country to pursue stronger climate-adaptive and -resilient measures.”

“There will be more typhoons that will come our way, and we have to become better at preparations and in handling situations that call for sound judgment to prevent devastating death tolls and economic costs of future calamities,” Velasco said.

Velasco said the declaration of a climate emergency would likewise amplify the country’s demand for climate justice from developed nations and help achieve its goals under the landmark Paris Agreement on Climate Change.

The Paris Agreement calls all signatory countries to submit stronger climate targets, known as Nationally Determined Contributions or NDCs, every five years. The NDCs state what each country will do at a national level to reduce emissions, enhance their resilience to climate change threats, and help finance climate action.

The resolution also states that the House resolves to: