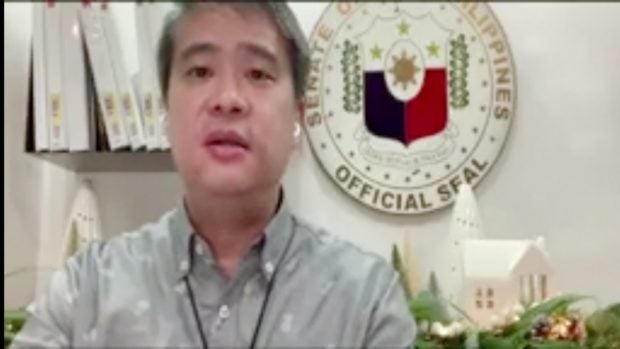 MANILA, Philippines — Selecting a Covid-19 vaccine should be based on science and not its place of origin, Senator Joel Villanueva said, adding that Chinese vaccines “are not Pogo workers that can speed through an express lane.”

“Underlying all of this is science, which is non-negotiable. Evidence-based selection. We should go where the hard science leads us,” Villanueva said in a statement Tuesday.

“When we say science then it means we do not blindly express a preference for vaccines based on its country of origin. Hindi po porke’t (Not just because) they come in packaging with Chinese characters, we express preference na kaagad (immediately) even in the absence of a review by our own scientists,” he added.

Villanueva said that Chinese vaccines, unlike the Philippine offshore gaming operator (Pogo) workers, don’t have an “express lane” where they can just speed up its development.

(Chinese vaccines are not Pogo workers who have an immigration express lane. But if it’s proven that it’s effective, then let us roll out the red carpet for these vaccines.)

Villanueva issued the statement following the two hearings conducted by the Senate on the government’s Covid-19 vaccination plan last week wherein senators quizzed officials over their .

Officials, however, have repeatedly denied any preference for the vaccine developed by the Chinese firm.

According to the senator, the chamber’s inquiry “not only lifted the veil of secrecy on the but have also raised the bar on the kind of vaccines we must buy.”

“When we fine-tune the plan, then we are not competing but we are collaborating with the executive. When mistakes are corrected, the people win,” he said.

He pointed out that the “3M rule” should be considered in vaccine selection.

(First, Effective. Second, Cheap or affordable. Third, it will arrive immediately because what good will it do if the ones who need it are already dead.)

The Philippine government has already secured 25 million doses of China’s Sinovac vaccine, 50,000 of which will arrive by February.

The Philippines also earlier signed a deal with the Serum Institute of India for 30 million doses of the Covovax COVID-19 vaccine, which will be available by the third quarter of 2021.

The is scheduled to resume its vaccine plan hearing on Friday, Jan. 22. — with a report from Zac Sarao, Trainee