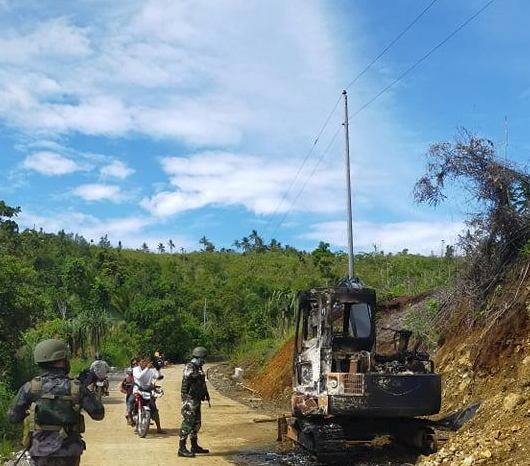 ORMOC CITY – A privately-owned backhoe was burned by unidentified men in Barangay Santa Fe in Gen Macarthur town, Eastern Samar at around 3 a.m. on Saturday.

Mark Anthony Encinas, a security guard, said he was about 500 meters away from the parked backhoe when he noticed that it was on fire.

Daiz said representatives of the company told them that unidentified persons went to company barracks last month and tried to extort money.