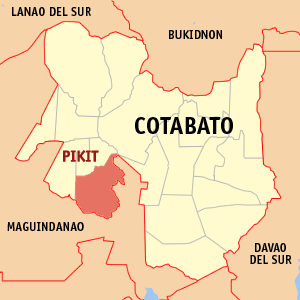 Samad had been linked to the series of explosions that toppled the transmission towers of the National Grid Corporation of the Philippines in Pikitin 2015, Roldan said in a report to Brig. General Roberto Capulong, 602nd Infantry Brigade commander.

Members of the 7th IB went to the village after they were informed about the presence of gunmen, but when they arrived, they were fired upon by at least 10 BIFF members led by Commander Manampan.

The operation led to the recovery of one motorbike, improvised explosive device components, ammunition, documents, and personal belongings.

Three BIFF members from the village also surrendered to the government troops on the same day. They included a certain Terek Nao, Tato Bantas, and Tatowan Gandawali, who turned in a home-made cal. 50 Barret sniper rifle, an M-79 grenade launcher, a 9mm sub-machine gun, and two
complete IED sets.

There, the soldiers found two complete IED sets with electrical detonators and blasting caps and one live 81mm mortar projectile.

“Let us sustain the momentum to finally put an end to this terrorist group,” Brig. Gen. Capulong said, directing soldiers to keep up the alert status to thwart possible retaliatory attacks.