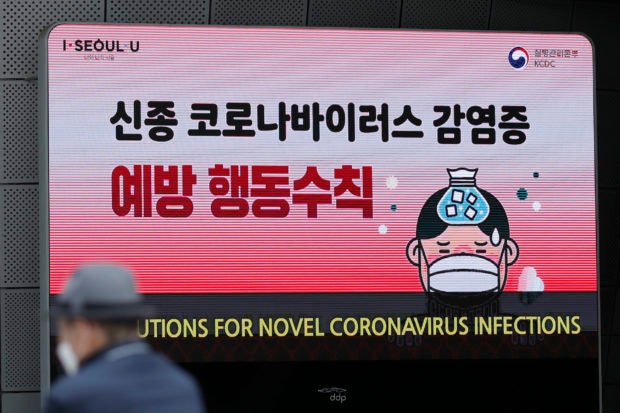 SEOUL — South Korea reported 39 new cases of the coronavirus, most of them in the densely populated Seoul metropolitan area, where officials have found more than a hundred infections linked to warehouse workers.

Figures from South Korea’s Centers for Disease Control and Prevention on Saturday brought national totals to 11,441 cases and 269 deaths. At least 12 of the new cases were linked to international arrivals.

KCDC director Jeong Eun-kyeong said during a virus briefing Friday afternoon that at least 102 infections have been linked to workers at a massive warehouse operated by Coupang, a local e-commerce giant that has seen orders spike during the epidemic.

The company has been criticized for failing to implement proper preventive measures and enforce distance between employees, with virus discovered on the safety helmets, laptops, keyboards, and other equipment they share.

Health workers have also found at least 266 infections linked to nightclubs and other entertainment venues in the Seoul metropolitan area, which saw huge crowds in early May as officials eased social distancing guidelines.

The resurgence in infections has alarmed officials as millions of children have been returning to schools nationwide.

While shutting nightspots and public spaces to slow the spread of the virus, government officials have so far maintained the phased reopening of schools, expressing hope that the recent transmissions could be contained quickly.